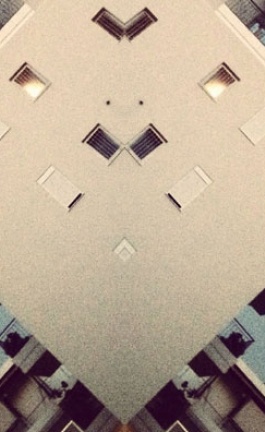 The MIRRORS iPhoneography Project of Hellopanos 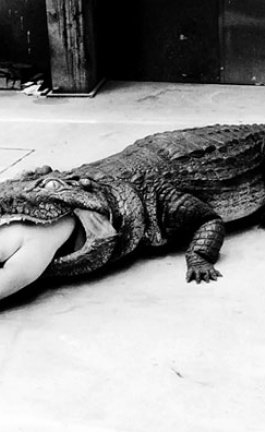 Sometimes a well-designed set of wheels can make all the difference: hopping on a smart e-bike on a chilly October day, Berlin suddenly seemed like a totally different place! Each and every stop informed my perception of a city that many consider to be an open book, but Bettery Magazine – your online guide to urban insight – is here to prove that a little creative thinking can totally change the picture.

BRIGHT IDEA #1
Once an iconic post-office, the Skalitzer Post building was recently transformed into a cozy home for Berlin-based creatives after a heartbreaking five-year abandonment that threatened to eradicate its old-world charm once and for all. Luckily, the Wye Project stepped in just in time to repurpose its five massive floors – there’s enough square footage to house a small army -  into affordable artist studios and co-working space for Berlin-based creatives. I personally chose to rummage around Sara Lundberg’s A.Berg wares, an itinerant fashion and textile brand from Sweden that recently caught the attention of Lady Gaga!

BRIGHT IDEA #2
Another repurposed building that started life as a hospital, the Kunstraum Kreuzberg is an exhibition space with a difference: it places contemporary art square in the middle of current social and cultural issues. Hungry City - an exhibition focusing on agriculture in contemporary art – is the perfect example. Using a selection of artworks that explore the different aspects of nutrition, it urged visitors to rethink food production, consumption and supply, making everyone extremely hungry in the process!

BRIGHT IDEA #4
Photoautomat is the love child of Ole Kretschmann and Asger, two friends who had no idea they were about to strike gold when they naively planted an old booth in the middle of Berlin. Having come across this beautiful relic in Switzerland, one of the last countries in Europe with a B&W analog photo booth network, they bought the beast from the septuagenarian owners and six weeks later they were the talk of the town! Long story short, Photoautomat -as they decided to call their growing business- now runs 17 booths in Berlin, with outposts in London, Vienna and Florence. Say cheese!

BRIGHT IDEA #5
A mobile convenience store armed with farm-fresh produce and plenty of smiles, Kjosk operates out of a 50-year-old double-decker bus that used to run in Berlin between 1965 and 1978, offering a much-needed dose of urban relaxation. Permanently parked in an overgrown garden in the heart of the city, owned by Rosmarie Köckenberger, it offers a selection of food from local producers, a selection of drinks and a chill space to indulge in your video game mania, plus a chance to stock up on candy, cigarettes and other convenience store goodies in an area where kiosks are rarer than diamonds!

BRIGHT IDEA #6
No city tour would be complete without a well-deserved dinner, but little did we know we were about to be treated to a luscious spread in someone’s actual living room! Supper clubs, an underground dining movement that first surfaced in Prohibition-era speakeasies, seem to have really taken hold in Berlin, but amateur chef Laurin Hackney has taken the concept one step further: teaming up with furniture designer Travis Broussard, the two came up with a joint concept where Broussard would create pieces Hackney could serve food on! Operating once a week out of his own living room, The Parlour Dinners is the answer to the oversaturated (and often overpriced) restaurant culture, offering an intimate homemade dinner in a unique setting, where you get to sit down among strangers and walk out the door with new friends!