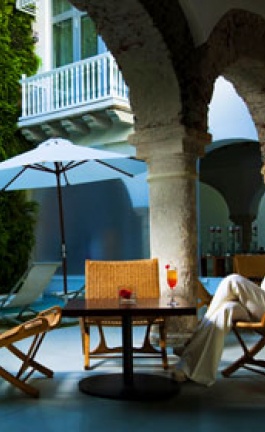 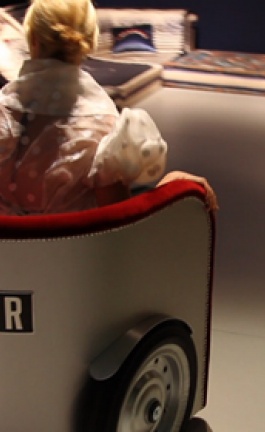 A House Awaiting Death is a unique residence with an architectural concept; not a happy one, but one taken out of life, a reality _ death.  One can never be sure about anything in this life, but one thing is for sure, that one day we will all die.  It is a fact, not a happy one, a rather sad and heartbreaking for the loved ones left behind.  When we are young, we are all powerful and feel as if we have “Highlander” capabilities where nothing fears us; as we grow older the thought keeps twirling in our minds.  We ponder upon the good and bad memories and expect to live the last years of our lives the way we imagined it!  This is the case with this elderly loner, who expects his death within the next fifteen years.  “I will die in 15 years.  It will be a house awaiting that death.  The building is fine as long as it lasts 15 years.  Something small would be good” the client said to EASTERN Design Office.

The plot of land had already been selected by the principal; a plot on a beach beyond sublime Suzuka mountain range, yonder past the ravines of the Ise Penninsula.  It is a plot of land on a peninsula facing east; where the sun rises.   It is noteworthy to remind you that the sun rises on the east and does not set; a symbolic direction as the principal dislikes sunsets for their symbolic meaning _ that things have come to an end.  The sunrise symbolizes continuation, eternity, new birth, and perhaps to some who believe in this reincarnation.

“When I die it won’t face the sunset, but the sunrise.  When the final moment comes, I will face the sea and depart on a ship flashing towards death.  It’ll be a time revealed after death.” the client said.

EASTERN Design Office had to adhere to these statements, as architectural design is not what the architect wants to design, but a mixture of the clients’ needs and wants along with an appropriate program but to also meet the aesthetic requirements of the client and the architect.   After hours of brainstorming of how to go about on this project, EASTERN found a symbolic insect which is no other than the butterfly.  In the East a butterfly is believed to take the spirit of the dead and transform into one; this is their cultural translation of eternity and reincarnation.

The symbolisms have been brought into the architecture by large polygonal windows which have been designed accordingly to the shapes on the butterfly’s forewings.  The eastern sunlight streams through the polygonal windows which have been placed in a wave like motion. The architects wanted to capture the movement of the waves, as this building is “not just a building with an ocean-view, but a place to observe the ever changing waves.”  The form of the windows changes to correspond with the people in sitting, reclining, and standing positions.  The overlapping windows, the accumulation of natural light and the creation of shadows create a hymn as the entire building erupts with natural sunlight in the morning.

The architects intendedly raised the main living area as they wanted to create an interior which would interweave with the waves and the sea.  They would not be satisfied if they designed just another house with a sea view just because the shore is a mere 150 meters away.  It was of vital importance that the sea be incorporated into the open space of the house; the open plan floor plan has been arranged in such a way in order to incorporate the views of the waves and the sea uninterrupted.

Furthermore, anchors have been hoisted on the wall, a “two-pronged anchor is suspended from the wall and a four-pronged anchor is fixed to the top of a type of narrow bearm.  They are the symbols of a man who has lived a life of relentless rage.”  The architects of EASTERN Design Office sometimes still question themselves why this client asked for such a project with this request “A House Awaiting Death.”  Is it the death of his friend or is it his underlying nature that had rooted this idea of death and the house?  The fact is that they had a request and they had to comply with the clients orders. Throughout the process the architects found the form; the two shapes which become one form.  In the form, everything changes like undulating waves; this is the message that their architecture conveys. …And they still wonder “are we insane, or is the client mad? Is this reality?  Is it a dream?”

“In a dream Sou-Shu somehow became a butterfly. He was too content to be a butterfly floating in a comfort manner forgetting that he was Sou-Shu.  Before long he awoke up himself and he knows that he is without doubt Soushu.  Well, what is this?  Did Sou-Shu become a butterfly, or a butterfly become Sou-Shu in his dream?  There must be a distinction.  This must be a materialization (all everything is in a state of flux.)”  Chinese Philosopher Zhuangzi.