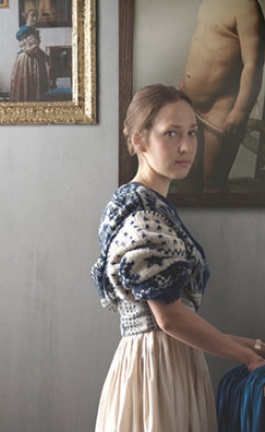 Yatzer was invited to Rome for the Grand-opening of ''MEET DESIGN'', an exhibition dedicated to Italian design dating from 1948 to this day. This great show was inaugurated on September 15 at the Mercati di Traino-Museum of the Imperial Fora, a stunning archeological site of great importance which went though many transformations from the Imperial age to our time. The show, an initiative by RCS Group (Rizzoli Corriere della Sera) to celebrate the 150th anniversary of Italy's unity, is dedicated to Italian design and is a  must see event of 2011 hosted in a country known world-wide for its commitment to creativity and innovation.. Yatzer had the pleasure to witness the first part of the show from September 16 to October 13 in Rome (the show will then move to Turin from November 5 to January 25, 2012).

Marco Romanelli, the curator of the show and an important architect and journalist, gave us a tour of the Museum of the Imperial Fora’s stunning rooms and talked us through each piece.

The show incorporates a vast collection of design objects from lamps, chairs and armchairs to cutlery, mirrors and sanitary ware. ''Instead of a chronological line, we decided to focus on both the chronological and typological'' he says. Objects from the same category are aligned in a chronological order. The exhibition is curated in way so that the viewer can see the different items and be able to further understand and explore the gems of Italian design. As Romanelli explained, the viewer can, for example, monitor the passing of time while spotting the moments where technology changes. ''You see the design as well as the sociological aspect''he says.

It is worth noting at this stage that the collection showcases items from designers whose work has been overlooked over time but whose impact exists in Italian culture. Referring to the different item categories, Romanelli interestingly enough explains that there are design items such as glasses or sanitary ware which are often wrongly not associated with design by many people. ''People don’t think that's design,'' he says, adding, ''The more useful objects are often not seen as symbols whereas with an armchair people can go around it''. The show thus comprehensively explores the importance of misplaced items which are an inseparable part of great Italian design and offers a great opportunity to reconsider the way we think about these items. Designs by important names such as Franco Albini, Gio Ponti, Allesandro Mendini, Vico Magistretti and many more, whose work marked Italian design and culture, are part of the show.

The stunning location where the show takes place further enhances the beauty of the pieces displayed and becomes a temporary Design Museum for Rome presenting the very best of Italian design. An array of armchairs at the centre of the Large Hall welcomes you to the monumental complex, a spectacular space with small vaulted rooms on both the east and west sides. The visitor traverses the main space and enters the smaller rooms where he/she can see the displayed items in groups. The abundance of light entering the space further exposes the ravishing exhibits adding to the overall experience.

On the upper floor of the Large Hall, MEET TALENTS, a stage dedicated to young Italian designers, took us by storm. Some emerging designers under the age of 35 have been offered the opportunity by monthly magazine Casa da Abitare, to design a Home Collection for Mercedes-Benz, Meet Design’s main partner. Designs by Matteo Zorzenoni who creates vases that imitate the gearing of an engine and those of Lanzavecchia + Wai inspired by simple mechanical components as well as the 'Nardò' glasses and carafe by Marco Dessi impressed us and became some of Yatzer's favorites.

The opening night of MEET Design Show proved to be even more magical with the multimedia projections by Bravacasa which included frames from the movie 'Ieri, Oggi e Domani' and made us travel back to the 60s.  “It [the film] represents the Italian dream of the 1960s, a society that was going through quick paced changes. Since then, each change, in Italy, was supported and stressed by design,” explains Mariano Equizzi, film-maker, visual designer and director of the event.

The next stop for MEET DESIGN Show is Turin and it will take place in the beautiful setting known as the Palazzo Bertalazone di San Fermo. This new initiative in a time of crisis raises our hopes for Italian design which never stops impressing us.