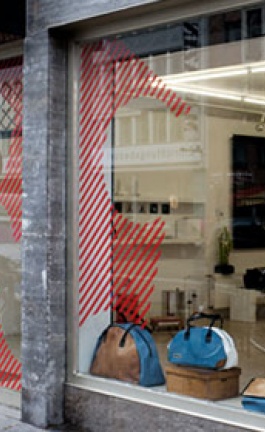 CONTAIN Gallery // a forum for young and modern design 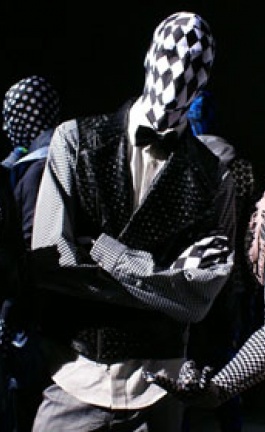 Portrayed at the age of six by Andy Warhol, the 30-year-old Swedish in origin is now posing naked. Because no matter what’s on the outside, it’s the inside that really matters. ABSOLUTely.

Through the bold and innovative project “In An ABSOLUT World, There Are No Labels” naked ABSOLUT vodka bottle challenges labels and prejudice about sexual identities. A manifestation of a world with no labels is a limited edition naked ABSOLUT bottle, with no label and no logo, launched globally in October 2009.

In 1979 Swedish designers Gunnar Broman and Hans Brindfors based the ABSOLUT bottle on a 19th century pharmacy bottle they found in an antique shop in old town Stockholm. Thirty years later the naked ABSOLUT bottle keeps the original 1979 design, but without the ABSOLUT logo and label. A discrete and easily removed sticker with the campaign manifesto encourages consumers to discard their labels and to visit www.absolut.com/nolabel –a blog discussing labels and prejudice associated with the LGBT community.

According to Kristina Hagbard, Global PR Manager at The Absolut Company:
“For the first time we dare to face the world completely naked. We launch a bottle with no label and no logo, to manifest the idea, that no matter what’s on the outside, it’s the inside that really matters. The bottle visually manifests our belief in diversity and our standpoint when it comes to sexual identities. Off course it is also a wonderful piece of delicate and minimalist design, a true collectors item”.