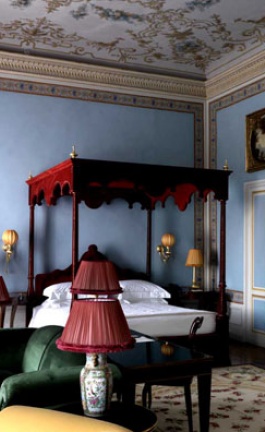 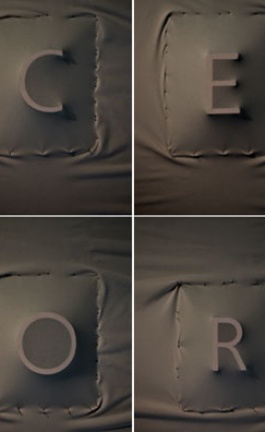 The Aérial exhibition features the work of French artist Baptiste Debombourg (*1978) and is the first part of the new series of shows, which in the coming years will transform the Column Hall of the former Benedictine abbey into a cultural space.

Sculptor Baptiste Debombourg is known for his spatial arrangements, which are made from objects and materials that are all commonly found in our everyday lives. These destroyed pieces which have been rebuilt convey their own narratives which can be interpreted in many ways but mostly as a commentary or a socially critical statement about the world we live in where the destroyed objects become the storytellers through Debombourg’s intervention. The stories that they tell however, are unrelated to their own functionality and materialistic purpose, which is in turn reinvented.

For the first part of the new series of shows titled Spiritual Ground, the artist has created a stunning spatial installation, which was specifically conceived for the Abbey’s Column Hall. A wave of broken glass is installed entering the space from the windows ‘carrying’ with it the light from the outside that passes through the glass. The fact that the Abbey’s Column Hall is a historically charged space whose original function has changed so many times over the centuries, contributes to making the installation even more interesting. In the past it functioned as a beggars Institute, a concentration camp, a Cologne Gestapo prison and as a mental hospital. Therefore, in playing with the idea of the multiple transformations of the space, Baptiste Debombourg chose glass as a material, which in a way reflects those complexities and changes. At the same time, by using glass, it is as if he is referencing the space’s original function. Like a church window, the Aérial installation allows light to come in albeit in an altered state as it conveys spirituality and through its construction, also enhances its dramatic looks as the shattered glass embraces the ground and becomes part of the space.

The manner with which Baptiste Debombourg chooses to play with glass in the Aérial installation is something that has become familiar with his practice. He deconstructs and recomposes. Similarly, with his weapon drawings, which are reminiscent of blueprints, he replaces the weapons’ different functions shown as mechanical manuals with architectural plans of places where the initial decisions shooting and killings have taken place. The actual floor plans have been reassembled to match the real floor plans of the Oval Office, the German Wehrmacht headquarters or the Cathedral of Charters.

Aérial is a well thought out exhibition curated by Nadia Ismail M.A and Dr Astrid Legge. As it is the first part of a series of shows, this cultural initiative creates high expectations for the forthcoming coming exhibitions, set to follow.