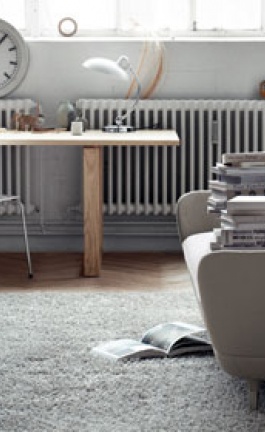 Design modernism meets tradition right on Ftelia beach, on the beautiful island of Mykonos which is a Greek island, part of the Cyclades, lying between Tinos, Syros, Paros and Naxos.  Mykonos is one of the most cosmopolitan islands in Greece, known for its diverse and intense nightlife as evidenced by a vast number of bars and nightclubs, but also known for its beaches.  Alemagou bar–restaurant (an ancient Mykonian word meaning ''at last!'') is located on one of those sandy beaches – Ftelia beach.

The design concept is that of a traditional Greek tavern with a twist in design of traditional Greek elements from the island of Mykonos and of Greece in general. K-studio drew their inspiration from traditional Cycladic architectural and design elements.  Such elements are the whitewashed, smooth-edged houses with the organic form, this element has been created over time in the older years, as the Mykonians  put asbestos around their houses right before summer to act as a pesticide; the right angles of the houses year by year faded and became round, and so did this element establish itself.  Another element is the dry-stone walls that blend harmoniously into the scrubby landscape, the practical, heavy-duty and durable screed concrete floors, and the natural reed-thatched roof insulation to provide shade on those sunny summer days.  The recognizable, traditional features and textures have been functionally used in this modern day bar-restaurant with the traditional organic forms use widely across the island.

Accumulating to the enjoyment of the site are the prevailing natural conditions of the site which dominate over anything else; the strong winds make Ftelia beach the ideal place for windsurfers, a kind of paradise.  The smoldering 40-degree centigrade midday sun and the harsh, dry rocks of the impinging landscape add to the existing design.  K-studio did not attempt to act obtrusively to these natural forces; instead it created the design around them; welcoming them, accepting them, and implementing the existing situation to turn even the smallest misdemeanor into an advantage.

Natural reed thatch was used to create a 60cm deep, inverted field for a canopy that sways relaxingly in the self-indulgent winds, thus allowing air to circulate, and the area of the bar - restaurant to remain cool.  Throughout the day speckled sunlight filters through the reeds, lighting and shading the space simultaneously.  At night, handmade pumpkin shell down lighting continues to animate the canopy from within, creating a warm, intimate atmosphere for evening dining.  Pumpkin shell lighting has become a traditional element which was created in the older times by people who had less money, and could not afford to spend on lighting fixtures.  A traditional element has been uplifted to add an interesting design twist to the already contemporary Alemagou restaurant.

Underneath the canopy an endless topography of cool screed cement terraces flows progressively down from the restaurant to the sand, passing through the bar and lounging areas.   Passage ways and circulation is organized to create specifically designated areas for dining, drinking or relaxing yet their softly vague, low-level boundaries let light and air flow naturally through the open space and allow continuous views across the beach to the sea and sunset.

All the above, in combination with the menu which sets to re-examine traditional, well-loved Greek recipes generates straightforward but fascinating and mouthwatering new dishes. The cocktails and the music selection also offer new combinations of favorite ingredients. The architectural design is an extension of the same approach, creating an exhilarating reinterpretation of tried and tested, traditional architecture.

Every element in Alemagou has been carefully designed and positioned, as it acquaints us with the past, the tradition and the story which comes together to create this inspiring yet relaxed atmosphere, which flawlessly blends in to the existing landscape.