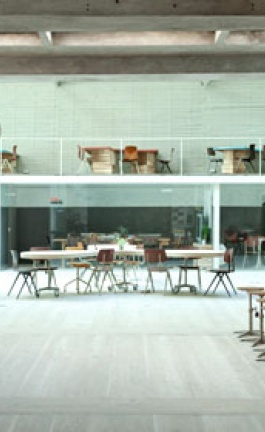 A Former Abandoned Garage is transformed into Madrid’s Hub Offices 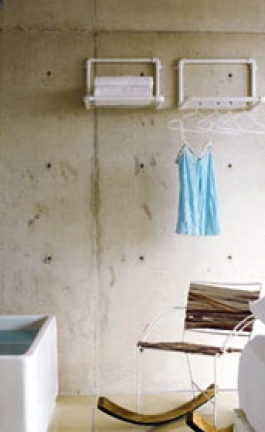 Barbie will celebrate in March 2011 her 52nd birthday. It is a doll, an icon, a collectable piece and above all a much-adorned toy, which represents a girl’s childhood and dreams! Margaux Lange, the New York born jewelry designer revives the plastic doll and everything that incorporates it! Her psychedelic creations make every girl’s Barbie dream to come true! Being a Barbie nostalgic or not, her designs will make you want to dig out from your dusty shelves and boxes your beloved toy and play with it again and again!

Barbie’s body parts like hands, ears, breasts, eyes, mouths and much more are part of the Plastic Body Series, which the designer have launched nearly ten years ago.  A childhood obsession and a special relationship with the doll have prompted Margaux Lange to use the plastic princess in her art of jewelry design! To her, Barbie dolls played a pivotal role in her childhood development as a tool for acting out and exploring the human relationships in her own life, as well as the fantasy lives, which she imagined.

The most interesting part is that Margaux Lange, uses only second hand dolls and accessories from donations, garage sales, thrift stores and of course eBay. It is important to her conceptually that the Barbies are already used and played with in the hands of a child. Thousands of Barbies in her studio integrate the dreams and secrets of the children who donated their dolls. It this way, each one of her designs, is part of a child’s story and life. It’s an inseparable part of their tender youth!

''Often my work utilizes Barbie as an archetype to analyze all that this icon has come to symbolize. Sometimes, I aim to distance myself and critique pop culture in this way, and other times I wish to engage and participate in it. Much like my own experience with womanhood: a series of rejecting and embracing prescriptive roles and stereotypes,'' she says.

Margaux Lange, is represented by several art jewelry galleries and retail boutiques around the world from New York city, to Scotland, Australia, Russia and many more! She holds a Bachelor of Fine Arts degree from the Maryland Institute College of Art.

''Margaux Lange’s Plastic Body Series art jewelry collection utilizes salvaged Barbie doll parts in combination with sterling silver and pigmented resins. The series is a result of Lange’s desire to re-purpose mass-produced materials into handmade, wearable art. It is meant to examine and celebrate her own as well as pop culture’s relationship with the icon known simply as: Barbie. ''