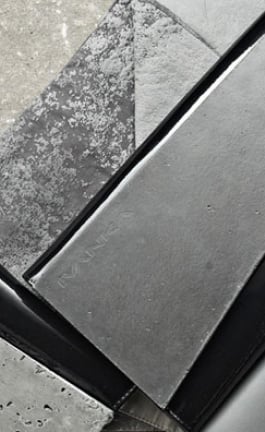 [This article contains mature content intended for 18+ readers only, if you are not okay with seeing nudity (of both genders) don’t say you weren’t warned!]

They say that you don’t really know someone until you’ve seen them angry. Multi-hyphenate Predrag Pajdic however, turns this popular belief on its head by proving that you don’t really know someone until you’ve seen them right before they get into bed or right after they’ve gotten out of bed for that matter. One look at his new book Beneath the Shadows the Soul Walks and you know he’s right: The raw, untainted beauty of his itinerant subjects, photographed all over the world, is almost disturbing. This may well be because it’s the first unobstructed view of humanity we’ve had in years, ever since airbrushing tricked us into accepting illusion as the norm. It’s almost like Predrag Pajdic is photographing our very soul. So what does Pajdic have to say on all of this?

THE CONCEPT
The concept  was the result of meeting so many exquisite people in recent years! This book represents a personal diary documenting these encounters, which for some reason made me contemplate the soul: its vulnerability on one hand, and its pure force and beauty on the other. Could this unattainable element that we call the soul be captured in images? What is the soul? Can we feel it, communicate with it or even be conscious of it?

THE MOMENT
Dusk and dawn are the two quietest moments of the day, when a miraculous transformation from darkness to light (or light to darkness) comes to pass. It’s a moment of awakening, the very instant when our subconscious rises to the forefront in an almost dreamlike state, as we wake up or get ready to go to sleep. At that exact moment, we are able to penetrate our most vulnerable self. It’s a time of great understanding and wisdom, it’s when flowers open and close and butterflies are born and die.

THE RITUAL
I photographed over 70 people aged 10 to 84 years old. I always started out with a plan, but the end result was usually a randomly captured moment. In most of the images I used flowers, butterflies and animals, as well as carefully selected pieces of antique jewelry, haute couture or costumes… It was almost like a private play, where each subject was asked to perform a certain act using some of the available props, if they so desired. But there is always a moment when I, as a photographer, become almost invisible and the 'performer' becomes the director of his or her own screenplay. The images captured at this particular moment are the ones that made it into the book.

THE ENEMY
What annoys me the most in contemporary photography is Illusion. It’s a distorted reality that has nothing to do with who we really are. Anorexia, plastic surgeries and a fear of aging are just some of the side effects that fashion magazines have had, where extremely young girls advertise anti-wrinkle creams and pose in clothes that only middle-aged women can afford to buy. So we have to ask certain questions. Is there anything wrong with aging? Why are mature ladies so rarely photographed in fashion magazines? Are we ashamed of who we really are? I strongly believe that there is beauty in each and every one of us, regardless of age, gender, background or indeed status.

THE (CON)TEXT
JL Nash is one of my closest friends and this book is a testament to our friendship and long conversations, where we have challenged and inspired each other. Sometimes her words would be the starting point for my visual interpretation, other times my images would provoke a story yet to be written by her. We didn’t want to make a traditional photography book, where the text explains the images, or a conventional novel illustrated by photographs. It was a collaboration on equal terms, where the words are just as important as the images.

THE FINAL PUSH
Once we got the idea for the book, we realized we had a long way to go until we could actually publish it. We worked for no money for more than a year, driven purely by passion and a shared vision that helped us push forward. But we had to do something if we wanted to get the book published, so we decided to use the Indiegogo crowd funding platform and - to our great surprise - a lot of people supported the project, which gave us an extraordinary burst of energy and confidence to finish the book.

THE MISSING IMAGE
One sunny day in May 2012, my friend Katarina and I decided to look for deer in London’s Richmond Park. While researching these tame, absolutely beautiful creatures, Katarina discovered that their favorite food is fresh flowers and apples. So we brought bouquets of ranunculus with us and in a matter of minutes we were surrounded by such beauty and grace. We sat there for hours, until the sun started to set and a young deer approached me and licked my hand. It was such a special moment that I totally forgot about my camera, so that’s an image that’s missing from my book but it will stay in my mind – and soul – forever.

THE CONCLUSION
Regardless of the economy, survival is always a challenge for an artist. At the same time, I have always believed that a crisis always heightens creativity, perhaps because one is pushed harder and deeper into the plateau of great ideas. Nothing can stop you from making your dreams come true, as long as you’re not afraid to try. It wasn’t so long ago that this book was only a pipe dream and now it’s already available at the Tate Modern, as well as other points of distribution. So everything is possible… and there’s no exception to that rule.