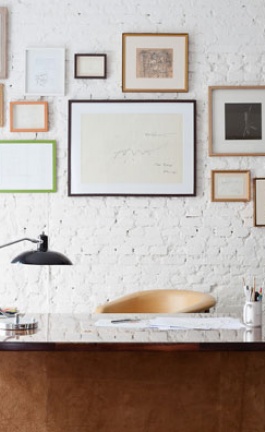 Inside The Private World Of Felipe Hess

Birth, Life, Death and Resurrection is a seven piece collection of handmade ‘functioning’ footwear pieces by London designer Benjamin John Hall. Initially conceived as part of an artistic collaboration with fashion designer Alexandra Groover, the collection reflects on varying notions regarding the way in which we experience birth, life, death and resurrection.

Benjamin John Hall presents his work in a film that is itself an indispensable part of the collection. Set in a clinically austere and almost antiseptic environment, it portrays the process of creating the shoes along with the various treatments performed. Here, the footwear is subjected to a series of experiments executed with surgical precision where the way the shoes respond becomes the final product. There is certainly an underlying narrative quality in the implementation and presentation of the collection, with the shoes undergoing all facets of the human life cycle in biological and spiritual terms. Throughout the production process, they develop into living organisms that give birth, bleed, die and are ultimately reborn. In this way, they can be described as sculptural pieces with corporeal qualities that become otherworldly manifestations of the human life cycle.

The first shoe of the collection is presented nestled in a foil sac, playing with the idea of an artificial womb that shelters and nourishes the shoe to life. A C-section-like incision along the sac is performed and black ink masquerading as amniotic fluid bleeds out, while the shoe emerges out of it. The Amniotic Boots are born.

The theme of Birth continues with the Umbilical Geta sandal. Black ink now flows around an umbilical cord-like silicone tube, as if transfused into the circulatory system of the shoe, bringing it to life. As the cord is cut; the new shoe is born.
Moving on from the theme of Birth, the Turbulence Boots and the Ascension Wedge now take centre stage as the two Life themed shoes. Flirting with mortality and the idea of growth, the soles of both shoes feature balloons that blow up and burst dramatically just as fast as life itself starts and ends.

Following on from above, the Refraction Boots and the NDE Skates were conceived to express the theme of Death where light is refracted through their Perspex soles, producing a flashing icy glow that brings to mind the ‘light at the end of the tunnel’ philosophy.

However, the show-stopper of the collection (and the recipient of the International YKK Award at International Talent Support 2012 in Trieste, Italy) is arguably the Lazarus Wedge, envisioned as the embodiment of the last theme; Resurrection. Its creation involves a unique method known as ‘fire lasting’ where fire is used to tighten up the leather of the shoe. The shoe is literally set on fire and is then reborn, emerging out of the flames like a phoenix rising from its ashes. Fire here is not treated as a means of destruction, but rather is celebrated as the ultimate vessel of rebirth for a new life form.

Experimental and even quite fetishistic, Benjamin John Hall’s approach takes footwear design to new extremes, where apparently not even death is the limit. As a matter of fact, death is actually favoured and welcomed in a poetically primeval game of birth and metamorphosis with the aid of fire. So if the Lazarus Wedge manages to emerge as a superior version of itself after bursting into flames, maybe we need to question what else we should be setting on fire.