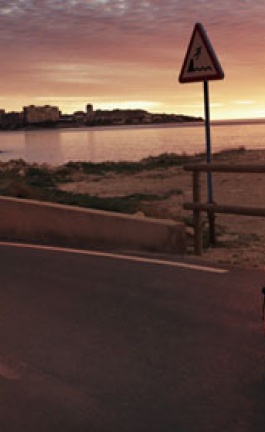 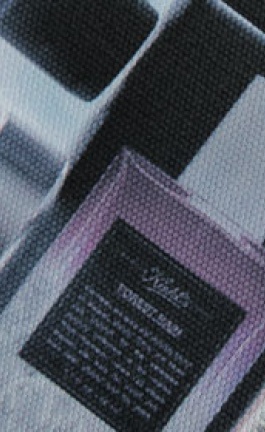 Recycle to reinvent; the motto of Bota Bota, the project where a 57-year-old ferryboat was transformed into a floating Scandinavian spa by Sid Lee Architects, right in the heart of Montreal’s Old Port.  Bota Bota is the new name given to the ferryboat that used to link two cities in Quebec in the 1950s, built in 1951 and measuring 170 feet and 600 tons, the Arthur Cardin plied the waters between these two cities for ten years.  At Expo 67 in Montreal, it enjoyed a second life as a floating art center; renamed L’Escale, it included a theater, foyers spread out along three floors, bars and a restaurant on the bridges, cabins for staff, and dressing rooms for actors.  L’Escale became the world’s first floating art center, travelling around Quebec and leaving inspiration in the heart of visitors in its wake.  In 2008 Sid Lee Architects was commissioned the architectural design for Bota Bota – a floating spa, providing a third incarnation for the former ferry.  Now anchored in Montreal’s Old Port after two years of construction work, the spa plunges visitors in a multisensory world unswervingly inspired by the aquatic environment and the rich history of the ship and her surroundings.

The vessel was gutted and required a complete overhaul, with consideration to weight and water.  With 3,150 square meters running over five levels and the boat having been docked for years it was in no position to support the weight of a spa.  Additionally, the hull had sustained considerable damage and it took two years of renovations on dry land to repair; the redesign was completed by a team of architects, naval architects, interior designers, industrial designers and naval engineers.  The engines were removed so that to offer abundant space which would then be transformed into the spa locker rooms.  With weight restrictions in mind, and although the initial plan was to use wooden lockers, the architects opt for a lighter option which meant using narrow-gauge steel lockers.  With the removal of the engines, the boat can no longer sail, but is permanently situated in its spot and is connected to a geothermal loop underground for heat.

The linkage between the boat and water is the key concept, allowing the spa and the marine world to connect at once.  This concept is veritably unique and its brand image unlike any other. Using a visual language characterized by pure, simple lines, the spa brings markers of the marine world to its logo, signage and stationery.  In addition to the concept Sid Lee Architecture created an indoor space conducive to introspection and an outdoor space affording spectacular views of the city, from the upper decks. Visitors forget they’re on a boat as they transition through the five different levels, discovering city views from each bridge. “Our team set out to recreate an environment reminiscent of an ocean liner voyage, even though the ship would remain at dock, contemplating Montreal skyline and the river," says project design architect and senior partner at Sid Lee Architecture Jean Pelland.  The closer the spaces are to the water, the darker and more intimate they are; the closer they are to nature, the more impressive the views of the horizon. The relation between these two extremes is possible due to the 678 portholes that dot the boat, allowing daylight to penetrate the treatment rooms.  As such, the transition from water to sky, and dark to light, is made possible.  Treatment spaces are painted almost entirely black or very dark grey, which defies traditional spa design and is meant to trigger a contemplative journey for the guest.

The relaxation and treatment spaces are almost entirely black or very dark grey. At first glance, this concept may seem somewhat intense and extreme; completely contradictory from the traditional tranquil colored look and feel of a spa, but the contrast is so intelligent that it inspires you to embark on a meditative journey – exactly what it is intended to do.  Clients entering a treatment room discover the dark walls, the low ceilings, and an ever-imposing silence, with views filtered through numerous portholes. The client can’t help but feel they’re in a waking dream.  As a result, the interior design dissolves, leaving nothing but the bare experience.  Additionally, each treatment room features some twenty portholes that provide spectacular chiaroscuro views of the old port and the city.  It is up to the clients’ discretion to choose whether to vaguely unbolt these portholes so to let some of the marine sounds in from the surrounding environment.

The exclusivity, the uniqueness and the synergy of the project are due to the fact that many fields of expertise worked closely together so that to realize Bota Bota under the creative leadership of Sid Lee Architecture. The synthesis of the various disciplines in this ambitious project was necessary to tackle the technical and technological challenges, such as integrating structures that are usually found on solid ground.  Naval architecture requires a rigid conceptual framework in order to respect notions of stability and buoyancy.  Everything had to be precisely designed and calculated: the location of each space, the selection of materials, and the integration of services.  The synergy and innovative character that distinguished this architectural project also differentiate the spa from its traditional counterparts. Sid Lee Architecture is proud to see this industrial vessel moored at the Quays of the Old Port in Montreal.