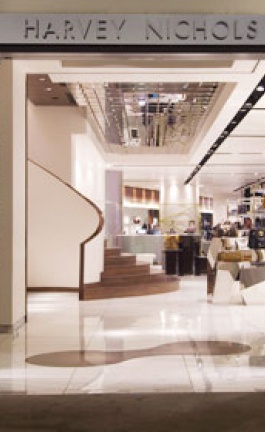 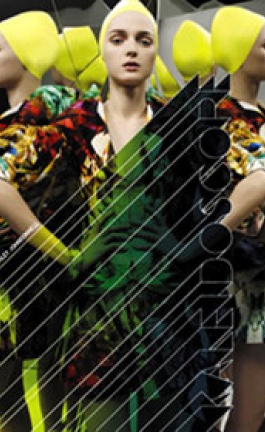 Surface magazine in the kaleidoscope

What happens when the Brazilian spirit gets in touch with the Greek culture, when the old gets transformed into new, when group therapy gets a new meaning and the classical becomes modern? The birth of the Yes Hotel in Athens is the most anticipated event in town and curiosity gets bigger and bigger as its official opening is coming close.

Usual suspects: the world acclaimed Campana brothers that chose Athens as their new quarters of experimentation, in a creative tour de force accompanied by the new promises of Greek design.

Place of crime: Yes Hotel, which is a reinterpretation of The Olympic Palace Hotel that was built in 1958 by the architect Iasonas Rizos and is considered one on the best examples of modernist architecture in Athens.

photo © Campana Workshop in Athens / Olympic Palace Hotel is situated near Syntagma Square in the heart of Athens at Filellinon Street and Nauarhou Nikodimou.

photo © Campana Workshop in Athens / The Olympic Palace Hotel under the working and construction process.

Under the initiative of the new owner and world renowned collector Dakis Ioannou and the tutelage and collaboration of Fernando and Humberto Campana, the workshop group is creating furniture, producing samples and prototypes whilst exploring methods and techniques associated with the Campana style: reusing and reinterpreting local material and culture. Serving as a communication bridge between Brazil and Greece, the role of the workshop is to inject new ideas and designs in the project but also to utilize the Campana’s proposals for the hotel.

photo © Campana Workshop in Athens / This photo was taken as result of the topic “Elements of the Greek Tradition” - that was the first task Humberto and Fernando Campana gave to the workshop. Each participant introduced an idea that derives from the Greek everyday life, culture and tradition, which could in a way be elaborated in the design process of the hotel.

As we know that Yatzer readers are famous for their impatience, we took an exclusive look at the latest projects of the Campana workshop and interviewed its Greek advisor Mr. Yorgos Tzirtzilakis  in a special report only for Yatzer!

What inspired the concept of the workshop?
Already at the very first meeting with Fernando and Humberto Campana on the renovation of the old Olympic Palace Hotel on Filellinon St in Athens., the question of how two designers based in Sao Paolo would go about realizing a project in Athens naturally came up. The first option seemed to be the purely professional one, that is, through collaboration with a local partner- office. But this appeared a little too confined and conventional to all, especially to the Campanas themselves. It seemed to promise no dynamic interaction, to lack in vitality and to leave little room for research. So, we began discussing the prospect of a workshop involving Greek postgraduate students of architecture with an interest in the culture of the object, whom I would know and would have collaborated with during their studies at the Department of Architecture at the University of Thessaly. A core group formed to begin with, joined later by Constantinos Economides, who had met the Campanas while studying in London, and by others. It is a special kind of workshop that involves two axes of interest, one that is experimental-investigative and one that is concerned with the professional-realizable, moving at once along these two directions.

What were the reasons behind this particular choice of designers?
The Campanas were hotel owner Dakis Joannou’s own choice. His interest is not limited to contemporary art, but includes design as well. In fact, he has an impressive collection of Italian radical design furniture from the 60s and 70s (Archizoom, Superstudio, Cini Boeri, Andrea Branzi etc.). What was key to selecting the Campanas was the pronounced craft-like identity of their specific language of design, their ties to street life, contemporary art and favela culture and, more importantly, the sort of porosity their work exhibits with regard to the location and the genius loci, of the cities where they each time work. As you may know, the Campanas combine found objects and manual skills with advanced technologies to create a sensitive approach of the location. In this sense, the workshop’s input into the project is not as oriented towards inventing new ideas, as it is towards exploring hybrid approaches of precedents, of objects and items of furniture found in this old modernist hotel – designed in 1958 by Greek architect Iason Rizos – and reinterpreting various aspects of local material culture.
Could you elaborate a bit on the role of the ‘bricoleur’ and, generally, the notion of the remix in our age? Do you think they could perhaps serve as antidote to the present condition of widespread crisis?
The whole experience of the Campana Workshop in Athens highlights two major issues. The first is the change of paradigm in the realm of design: from the industrial model of the ‘engineer’ we now move to the postindustrial model of the ‘bricoleur’, in other words, of someone who creatively uses any sort of material or object, whose practice is based on an assemblage of incongruous remnants and fragments. If the model of the ‘engineer’ has so far been the symbol of industrial design, then the ‘bricoleur’ seems now to emerge as a new paradigm that frees the process of design from the overbearing control of industrial self-referentiality. The bricoleur, as described by Claude Lévi-Strauss, works in such a way as to produce unexpected combinations and shifts, reevaluating craft and the repressed dynamics of popular material culture. Such a prospect may prove quite invigorating for Greek design culture; it might jolt it out of its state of apathy and atrophy and help rid it of its inferiority complex vis-à-vis the dominant centers of the West.
The second issue that the Campana Workshop seems to draw attention to concerns the practice of diaskevi (remix), a word associated in Greek with the sort of vertigo typical of musical remixes and of the practice of sampling, while it contains at the same time the notion of the ‘implement’ or ‘utensil’, the skevos; an object, in other words, that may be used to serve certain practical needs.

What are the basic procedures the workshop follows?
There is a plan involving a series of thematic units with which the workshop deals, such as the reinterpretation of an object of tradition, the remixing and reusing of chairs kept in storage at the hotel, the favela wall, the favela column (made of fragments of abandoned pieces of furniture collected from the street), the fragment desk, the multi-prismatic washbasin, dishware etc. This plan is the basis for preparing and developing various project variations within the workshop, through successive meetings held to discuss the directions given by the Campanas themselves. The next step is the indispensable construction of life-size models, in collaboration with specialized technicians and artisans-craftsmen. These models are then ‘tested’ in the hotel’s pilot room and ‘adjusted’ accordingly. Final decisions are made in joint meetings held in Athens, attended also by the team and engineers of Yes Hotels, the company owning the hotel. It is a multi-participatory process that is extremely interesting and fruitful.
When is the hotel scheduled to open its doors to the public? What do you plan to do with workshop objects that will not be used in the end?
My estimate is that this project of radical renovation carried out at “Yes Hotel” (as its name will now be) on Filellinon St. will have been completed by the beginning of 2010. Though there is clearly a point to your question, at the moment no one seems to think about the possibility of any of the objects not being used eventually. We rather tend to think an archival order, a kind of Gesamtkunsthotel, in witch all the senses would be unified in an overall intensified form of visual, tactile and somatic interaction with the objects, structures and materials.

Special thanks to architect Elina Axioti

1.2.3. photo © Campana Workshop in Athens / Small Scale Products: Proposals about cutlery, table cloths etc The workshop’s intention was to design everyday objects hence everyday life, such as plates and use them as a medium to imprint ‘culture’.

The task for this project was to re-create the existing chairs for the restaurant are of the hotel, part of the chairs would remain as they and the other part would receive a prosthesis, hybrid additions. These additions would serve the same functionality to the chair, though through a new contextual meaning.

5.6 photo © Campana Workshop in Athens / Albion Gallery: Material from The exhibition that took place in London (October 2008), during the Frieze Art Festival, was the actual first introduction of the project to the public. Ten hybrid chairs were shown at the Albion Gallery with some video projections and posters created by the workshop team. The exhibition was open to the public for a week.

7.8. photo © Campana Workshop in Athens /  Favela Column and Wall: These installations were to incorporate memories and recollections of the hotel. Memory often refers to the processes that are used to acquire, store, retain through objects. Therefore the main feature of these installations was to use parts of doors and furniture of the hotel, which would at the end create an “explosion of memories”.

9.10.11. photo © Campana Workshop in Athens / Reception desk: The task the workshop had to follow regarding this was the same as for the Scandinavian and Thonet chairs. Therefore the reception desk would receive prosthesis from different parts of other objects or furniture, hence the reuse of other desks found in the hotel, but they way this should be applied is to resemble a “band-aid” or a parasite.

photo © Campana Workshop in Athens / Hotel Rooms Washbasin. The idea was to assimilate a rock or a diamond. The workshop proposed variations of the shapes and worked on prototypes in order to create the mold of the washbasin.