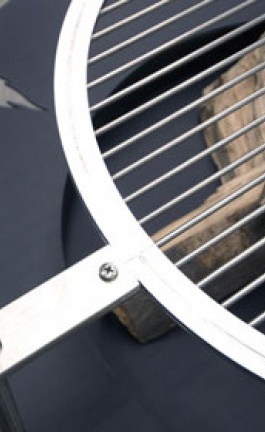 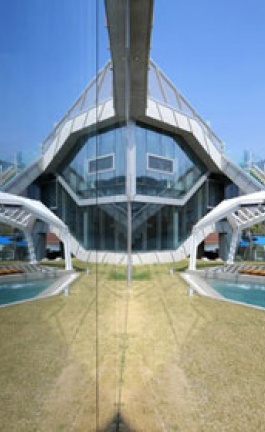 Tim Baute of INTERROR.BE is a Belgian designer and creator of the chandelier “SevenUp.”  Chandeliers have always been very romantic design pieces in every space…but according to Baute they’ve also been extremely massive!  I guess no one can actually disagree!  With this in mind Baute designed a chandelier which would keep the nostalgia, but give it a lighter touch.  In order to get rid of the bulkiness and the grandeur of this object, Baute used the deconstruction method and literally stuck to the essence of the chandelier.  He used the electricity cables as the central structure. When they bundle up, they form the central core that descends from the ceiling. They then branch off into seven arms. At each end they hold five watt light bulbs mounted on fittings. Fine steel cables attached to a light structure lift the arms, giving them the typical form of the classic chandelier as they hang from the ceiling.  The construction of this chandelier is so light that it moves when there is a breeze in the house, thus creating an interesting shadow play.

“My designs are approached by concept and form with respect for the material, environment and function.”  - Tim Baute