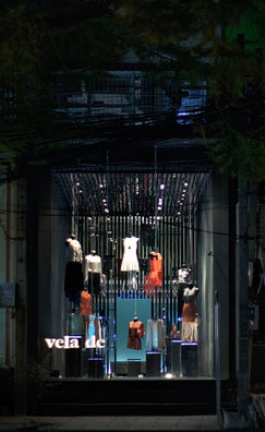 Vela De by all(zone) In Bangkok 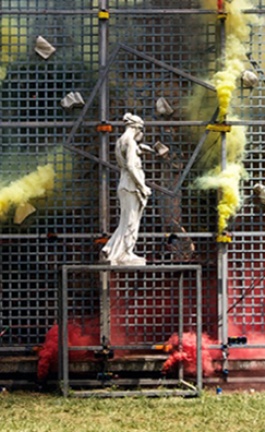 DIPLOMATES > The Connoisseurs Of Custom-Build Design

We rarely have the opportunity to discover the creation process behind our favorite design pieces which is almost a suggestion of how the hidden details would spoil some of their magic. In fact, a lot of designers believe that the consumer should simply enjoy the final result without worrying about what is hidden behind it. Yatzer, on the contrary, has always possessed a certain curiosity re. discovering the creative process that our favorite designers choose since we think it can be as interesting as the final result. After all, what stays behind closed doors undoubtedly has a special appeal. When we came across the FACETURE project by New Zealand based designer Phil Cuttance, we not only admired his faceted creations but we also enjoyed having the opportunity to see exactly how they are made, watching the incredible video that accompanies them. But let’s take things from the beginning…

The FACETURE series consists of handmade faceted vessels, light-shades and a table. The idea behind them is simple but effective. Each object is produced individually by casting a water-based resin into a simple handmade mould. The mould is then manually manipulated to create the object's form before each casting, making every piece utterly unique. Phil Cuttance kindly reveals the formula behind the creation process: ''First the mould of the object is hand-made by scoring and cutting a 0.5mm plastic sheet. This sheet is then folded, cut and taped into the overall shape of the product that is to be cast. The mould's final shape, and strength, is dictated by which triangular facets I pop in and out. I do this each time I ready the mould for the next object, meaning that no two castings are the same. I then mix a water-based casting resin that is cast in the mould where it sets. The resin is poured into the hollow mould and rolled around to coat and encase the sides which is controlled by me on the casting jig on the machine. The material soon sets creating a hollow solid object. Then another, different coloured measure of resin is poured into the same mould, and swirled around inside, over the first. When it has set, the mould is removed to reveal the solid set cast piece. The casting takes shape complete with sharp accurate lines and a digital quality to its aesthetic, a visual 'surprise' considering the ‘lo-fi’, hand-made process involved. The mould is then cleaned and ready for re-use.''

The FACETURE line will definitely captivate you with its bright colors and faceted surfaces that beautifully reflect the light. But what makes the collection even more appealing is the FECETURE machine, a simple but innovative device that we are sure many of you would love to own.  We would even dare say that this machine is so interesting that it could perfectly form part of a design exhibition itself! Cuttance points out: ''Its construction is simple and purposeful, screwed together to allow it to be flat-packed for shipping. Wheels make the machine portable within a working space. The shelving beneath provides storage for freshly cast pieces, and room for the casting stool to be stored. The ‘hopper’ holding the Jesmonite powder is made simply from a polypropylene sheet, in the same way as the moulds. The casting jig at the back of the machine is simple and allows me to peer into the mould and control the flow of the fast setting Jesmonite. This means it is cast evenly and economically, leaving a thin yet strong wall thickness. It can also be attached at two different widths to accommodate different sized moulds i.e. vases or a table.'' We invite you to watch the amazing film that Phil Cuttance prepared for his line and discover how theFECETURE  machine is used in order to make a vase. We are sure that you will enjoy it as much as the final result!

The FACETURE project was created with the support of Creative New Zealand.