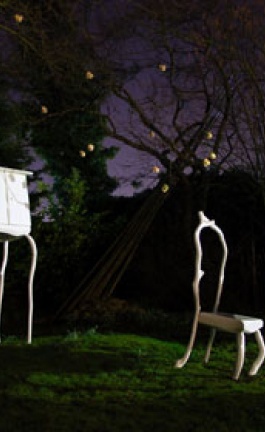 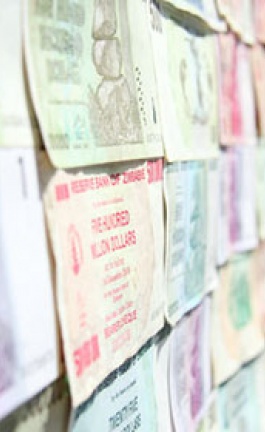 What strikes you, when you first take in the sights of the Hemeroscopium house, is the raw energy that is emitted from the imposing façade of interlocking concrete beams and glass that comes together in a way that grips you.
Perhaps it is Ensamble studio who gives the best description of the place as “an allusion to a place that exists only in our minds, in our senses that is ever-changing and mutable, but is nonetheless real”.
Sitting a top a hill, Hemeroscopium house was named after the place in Spain that was known more distinctively to the Greeks as the place where the sun sets.
“Hemeroscopium house traps, a domestic space, and a distant horizon. And it does so playing a game with structures placed in an apparently unstable balance, that enclose the living spaces allowing the vision to escape. With heavy structures and big actions, disposed in a way to provoke gravity to move the space. And this way it defines the place”.

Undoubtedly, the most challenging aspect of the project was engineering a structure that met with the architect’s vision of turning “weight into lightness”. Nonetheless, the vision was achieved a year later through Antón García’s ingenious method of piling 7 prefabricated beams (5 concrete beams and 2 steel truss beams) into an upward helical structure that set out from the ‘mother beam’ and “becomes lighter as the structure grows, ending at a point that culminates the system of equilibrium”. At the top, “Hemeroscopium house materializes the peak of its equilibrium with what at Ensamble Studio they ironically call the ‘G point’, a 20 ton granite stone, expression of the force of gravity and a physical counterweight to the whole structure”. Large panels of glass line the majority of the first level, giving the illusion that the massive concrete beams are ‘floating’ above, and thus in this way, the architect further fulfills his vision of injecting a sense of ‘weightlessness’ into his building. The property also has an excessive number of two swimming pools, one located on the first storey, and the other, cantilevering across the second storey, with the latter indubitably taking the focal point of the home.

Despite its intimidating stature, the house has surprisingly little living space; the ground floor consisting of merely the basics but opens up to a spacious patio which is accentuated by the beautiful v-shaped pillars that prop up the structure. The staircase located in the living room takes you up to the second swimming pool as well as the master bedroom, which occupies the entire second storey. From there, the occupants enjoy panoramic views, even from the master bathroom thanks to the floor-to-ceiling glass windows. Thus whatever the Hemeroscopium house loses out for on space, it makes up for in form and beauty.
As a result of the prefabricated elements and the superbly well-coordinated assembly, it took only 7 days for the house to be completed, a great contrast to the long year spent just designing the complex structure.

About the architect:
Antón García - Abril was born 1969 in Madrid, Spain. He earned his European Doctor of Architecture at ETSA in 2007, his Master in Architecture at ETSA Madrid 1995, and established his Ensamble Studio in 2000.
García is also a professor at the ETSA Madrid and writes about architecture in EL CULTURAL. He has received numerous accolades and recognition for his works like: The central office of the General Society of Authors and Editors in Galicia, as well as the Musical Studies Centre located in Santiago de Campostela which made him a finalist for the prestigious Mies Van der Rohe Prize for European Architecture 2005. Amongst his many awards, García has been awarded the Architectural Digest Award for Best architect of the year 2008 and First Prize at the Biennial of Architecture 2000, Spanish Pavilion, Venice.