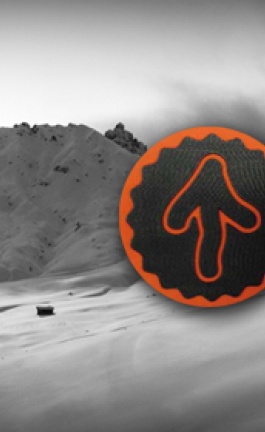 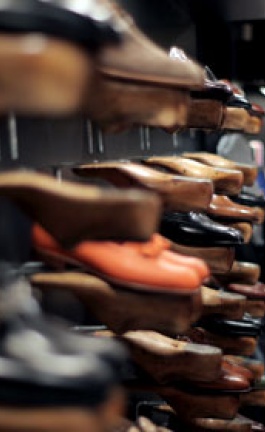 It’s December, getting rainy and cold and what a better way to make the best of it, than by giving our Yatzer - A Grade to the talented ARCADEMI member and designer Bas van Raay for his ‘I AM FURNITURE’ series which will keep us warm and dry!  We immediately fell in love with “I AM FURNITURE” as soon as we saw the collection at Ventura Lambrate, Milan Salone del Mobile in April 2010.

We assume that Raay’s inspiration for his ‘I AM FURNITURE’ series was drawn from his graduation project ‘heatingpoint,’ which was accomplished during his studies at The Design Academy of Eindhoven*NL.  ‘Heatingpoint’ is a “heated meeting-point” which can be applied in any lounge, lobby or meeting-point area.  We do find reference from ‘heatingpont’ in Bas van Raay’s I AM FURNITURE series, as a heater is transformed into a unique piece of furniture. In today’s design world where heaters have been transformed, some of them try to outpass themselves from a design point of view, while they try to maintain their functionality of keeping us warm.  The heater design challenge has been an ongoing process for many designers as they try to transform the heater and make it a design object which will integrate within any given space.  Let’s not forget that most people don’t like the chunky old heaters, although I have to admit that some of them have their own unique glamour of the past.

I AM FURNITURE appears to be a series which imposingly allocates an electric heater as a piece of furniture.  Most of us have defined furniture as a table, a chair, or a bed, but who said that furniture isn’t any movable article within a room or an establishment that make it fit for living or working?  Bas van Raay, identifies the objects of I AM FURNITURE, with the freedom of this thoughts and his mind.  I AM FURNITURE is composed of four electric heaters - Little Sister, Big Brother, Siamese Twin, and Parents.

The electrical heater furniture has been produced by Studio Vraay, and most of the parts are hand made or industrially sculptured; the project has been designed as ‘plug and play’.  I AM FURNITURE heats up electrically using a reduced electrical heating component made for tomorrow's ecological standards.  Besides reducing energy demand, the object heats up the direct surroundings where we find ourselves in, instead of an entire building.  The steel pipe of the heater engages the metallic colored electrical heater to create this unique piece.  The objects have symbolically acquired their name as if they were a family according to their size and color, or more broadly their design.

Bas van Raay doesn’t like being labeled; however, what we can say about him is that he doesn’t like being placed in a box and freely thinks of himself as a designer/sculptor/inventor.  He graduated in 2007 from the Design Academy in Eindhoven NL. He graduated from the department 'Man and Public Space', and studied at the department 'Man and Well Being' before.  After his graduation he completed his internship at K&H Architects in Tokyo, Japan. His graduation projects 'heatingpoint' and 'station energy' are a result of 'Public Space' combined with 'Well Being'. Both projects are described as inventions in a grey area between art and design. Bas van Raay has published a book named 'A Mix of Concepts Vol.1'; this book is a compilation of concepts and was a start to define his new design studio: Studio Vraay. After publishing the book he got funding in 2009 for the series we presented I AM FURNITURE.

Throughout 2010 he has been working hard in making a new series of furniture, and we can only hope that we see more work from this young and talented designer/sculptor/inventor.