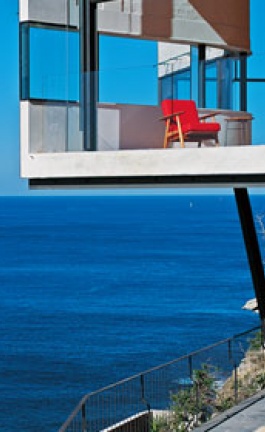 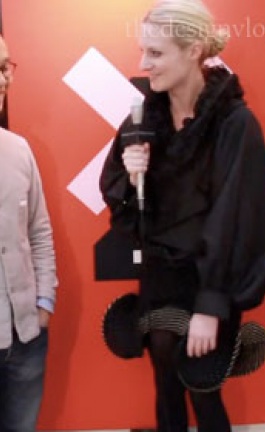 They say that the most important mergers and creative deals happen outside the board room. In this case one of the most creative mergers between great craftsmanship and great design inspiration commenced by a simple question posed at the Designtide Tokyo in 2009 by Maruwakaya a neo-traditional Japanese product design brand, headed by Hirotoshi Maruwaka, established in 2007.  The question was addressed to our much beloved and adored Jaime Hayón and it went something like :
‘Would you be interested in collaborating with Kamide-Choemon-gama to produce new ceramic crafts combining your creativeness in design and Choemon’s craftsman skill?’
The answer: ‘Yes’

Simple as that and magic was created a few months later, with just a few words and an admirable atmosphere.
Firstly in order to understand the brilliant greatness between these two great names we need to introduce a brief history on Kamide Choemon-gama.

Kamide Choemon-gama was established in 1879 at Terai Mura. For over 130 years they have been greatly known for their excellent craftsmanship the best in their kind. They produce table wares to tea sets with the original traditional technique passed down from one generation to the next. You can easily say that it is a company with great character, heart and attention to historical values. Their pieces feature very fine art work with deep colors and beautiful sturdy porcelain.

For Hayón this was not about a simple design that would be incorporated in a dinner set. This was so much more, it was about history, culture and the importance of the connection between the dinner guest and the appreciation of all that is around the space including prime and most importantly the people. It is believed that the key ideas in traditional Japanese culture, especially ones at the dinner table are based upon relations and links between the people at the table, food, seasons and table wares. The goal was to create pieces that help people recognize these relationships. Through this ideology there was one word that linked both of these designers and summed up the meaning of these creations.

The word which also became the title of the exhibition was ’Tsunagari’ (meaning relationships).  In order to understand the true deep meaning of Tsunagari Jaime Hayón and Keigo Kamide decided to go on a journey  experiencing and understanding Japanese Culture. The journey took place in Asakua and included experiencing the traditional rituals that revolve around food and Kaseiki ceremonial meal. Hayón really started to understand the symbolism and importance of the wide varieties of Japanese table servings which are used in every meal. Different colors, shapes, weights and designs were presented for just one meal giving it importance and meaning. That is when inspiration took over and Tsunagari was interpreted in the design.

These creations are not about knowledge but about the feeling in your heart and the meaningful stages of every day life. They are about the mother in law welcoming the new family around the table, the grandparents welcoming their grandchildren for Sunday lunch, the mother serving herbal tea to her husband. These creations are not treated as objects but as part of the occasion. For all important occasions in life you host to celebrate, you dine to enjoy, you serve to consult.

Through his designs Jaime Hayón takes us to beautiful journeys with frugality and joy. The motifs combine a variety in geometry and playfulness mainly consisting of blue and white tones with hints of red for those warm and vibrant moments. He has created a new identity but also retained Choemon’s historical importance and origin.
Tradition was respected while designing for the new age. There is heart and Tsunagari behind this tableware which reminds us of all the reasons we admire and love the works of Jaime Hayón.