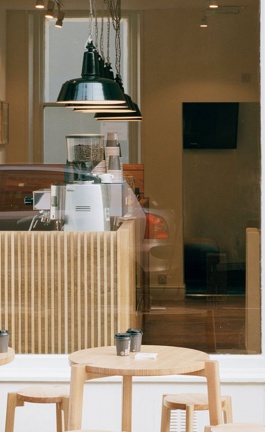 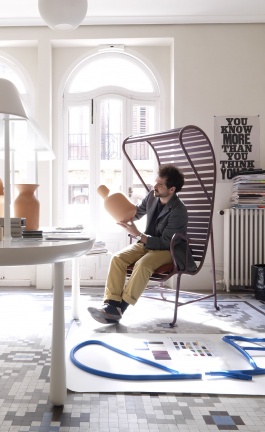 The ‘Gardenias’ Collection By Jaime Hayon For BD Barcelona Design

A Passion for Jean Prouvé

‘A Passion for Jean Prouvé’ opened its doors on Saturday, April 6th 2013 - and is scheduled to be exhibited up until September 8th, 2013 - at the Pinacoteca Giovanni e Marella Agnelli in Turin, Italy. Featuring pieces from Laurence and Patrick Seguin’s private collection, the exhibition showcases architecture and furniture from iconic French metal worker, self-taught architect and designer Jean Prouvé.

A man of many talents whose design skills were not limited to one discipline, Jean Prouvé excelled in architectural design, structural design, industrial design and furniture design. His talent in transferring industrial manufacturing technology to architecture, without sacrificing aesthetic qualities is what led Laurence and Patrick Seguin of Galerie Patrick Seguin to avidly begin collecting Prouvé’s work which they discovered towards the end of the 1980s. Prouvé’s unique aesthetic instantaneously seduced them - where the artistic effort can only be seen in the nearly imperceptible technical mastery which brings out the materials used in the design.

The exhibition ‘A Passion for Jean Prouvé’ features approximately forty works from the Seguin collection which are predominantly prototypes as well as rare pieces including the armchairs designed for the Nancy University dormitory and the light armchair created for the University of Antony (1954).

Features such as the functionality and coherent fabrication that the designer applied to his furniture often destined for the public sector are also reflected in his architectural designs where clever mechanisms and solid structures allowed for easy assemblage, modification, and dissasemblage. The aluminum Maison Metropole showcases Prouvé’s knowledge of materials and is an ongoing tribute to this artist and craftsman. Initially designed as a rural school prototype and teacher housing intended for mass production, Maison Metropole measures 8x12 meters and was constructed twice, once in Bouqueval, near Paris, then in Vantoux in Moselle (currently exhibited in Turin). Four people took three days to assemble Maison Metropole on the roof of Turin's Lingotto building in Via Nizza; A building once housed an automobile factory built by FIAT. Construction started in 1916 and the building opened in 1923. The design (by young architect Matté Trucco) was unusual in that it had five floors, with raw materials going in at the ground floor, and cars built on a line that went up through the building. Finished cars emerged at rooftop level, where there was a rooftop test track.