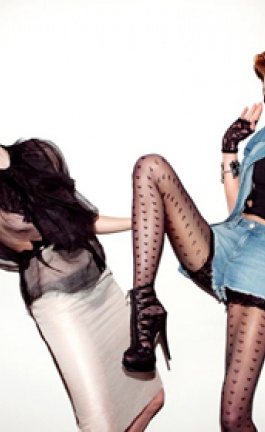 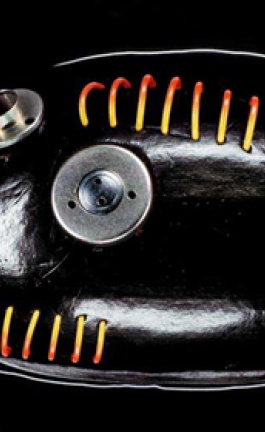 Child of the renowned Cordwainers College family within the London, College of Fashion, Koji Horigome, an originally Japanese footwear designer, has set as his career goal to deviate from the conventional in the shoemaking process.
After a thorough education in the process of shoemaking - a few years’ work as a designer for different UK- based footwear brands and freelance designer, Koji’s exhaustion of always seeing the same conventional shoes in market forced him to launch his own brand, which offers -based on his eyes- ‘the something special’.

These special features do not only refer to anatomic qualities of the shoes but most importantly to design specifications. Products are designed with primary focus the ‘character’ of the shoe, which must be in accordance to the character of the customer so as to create the perfect fit.  Regarding the inspirational sources of the designer, one could say that they can be a little unconventional. If we were to create a general mood board of Koji Horigome’s inspirations, it would be one the carried artificial limbs, shapes, anatomic objects, medical equipment, lack of excessive colors and perhaps elements of the Japanese futuristic film “Ghost in the Shell”.

As shape is defined as “the outcome object when all other properties such as color, content and material composition are abstracted’, Koji chose to work solely with white color for his first collection as an attempt to emphasize on shapes. The collection took the name “innocence” and carried specially designed asymmetrical shoe shapes, a combination of traditional shoemaking techniques with contemporary functional materials such as PU Latex.

His latest projects include his S/S2010 collection “Into the Sky” , which is inspired by elements of the sky and the concepts of weight and lightness as also as a collaboration between himself and the creator Himbad in the creation of the specially designed pair of shoes inspired by Himbru – a honey wine brewery project, The shoes are made of 100% calf leather and produced by hand in Shoreditch-London whereas the print patterns resemble that of a gold hexagon

Having closely examined Koji Horigome’s work, the Yatzerjury concludes to an A Grade for the designer’s work, encouraging the non-conventionalism. We also promise you to keep you updated for any future Koji Horigome breakthrough creations.