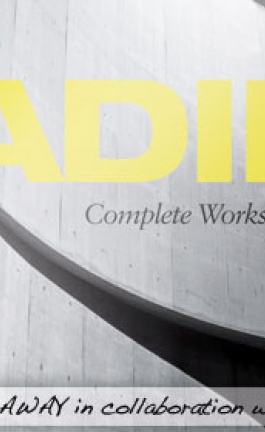 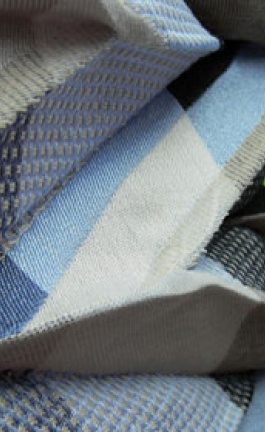 Bulgarian designer-sculptor Konstantin Atchkow presents his new series of work Tensegrity and The Cardboard Series on Yatzer.  Tensegrity is a blend on tensional integrity, as it refers to structures with an integrity based on synergy between balanced tension and compression of components.  A common example of tensegrity is the bicycle wheel.  Tensegrity was first applied to architecture and design in the 1980’s when David Geiger designed the first significant structure the Seoul Olympic Gymnastics Arena for the 1988 Summer Olympic Games.

Atchkow has applied the tensegrity concept to his sculptures with Yatzer’s favorite being “One Horse Power,” among The Fish and The Wild Pig, which have acted as works of his Doctoral Thesis on Tensegrity and Figurative Sculptures.   One Horse Power is made of automobile parts and tense steel cables which act synergetically like the muscles and the tendons in the body of the animal.  The automobile parts have joints just like the body in the actual anatomical places and tense cables which represent the muscles to hold the sculptures legs and tail together.

Moreover, Atchkow has taken his study and designs of tensegrity into a new level and introduced it to his furniture pieces which naturally act as an extension of his interest and know-how.  Tensegrity in the field of furniture design and construction is elaborate as the project itself has a level of difficulty and a clever combination is hard to achieve.  The furniture is constructed using stainless steel cables, joints, tubes, stainless steel net and rubber balls which serve as a starting point in some cases.    Atchkow V-Star tensegrity table has been awarded the second place in the first Bulgarian Design Biennial, furthermore, his tensegrity application to furniture (V-star, X-tense table and chair) has been awarded with a special award by the Bulgarian Architecture Union.

On the other hand, we have the Cardboard series which we’ve seen before by Frank O. Gehry // “The Cardboard Gehry Furniture, 1969 - 1973.”   Atchkow claims that h was clearly inspired by renowned Canadian- American architect Frank O. Gehry while designing the Cardboard Series.  The Cardboard Series isn’t only inspired by Gehry but this series which happens to be his first cardboard furniture series takes an interesting arrow design form to create a chair, a table, a stool and a hanging lamp.  Paper cardboard has an interesting feeling when compressed together and gives off a natural wooden touch.  Given into production in Sofia, Bulgaria Konstantin Atchkow’s  birthplace and homeland the “ARROW Cardboard Series” chair has been produced in 94 limited pieces with the following dimensions:  H 90cm x L  45cm x W 45cm.  The Cardboard Series chair is easily stackable and highly resistant.

Atchkow's work ranges from interior to industrial design and clearly the arts as he is a talented artist/sculptor. We look forward to seeing more of him and his designs in the future!