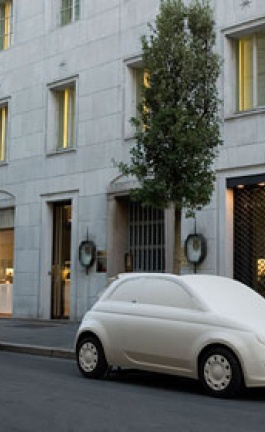 The new Fiat 500C, via Montenapoleone and the Milanese Summer 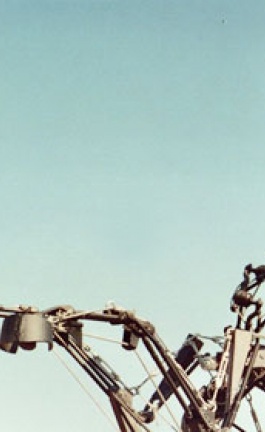 An excellent book written by the internationally renowned and one of the most popular writers on the subject of architecture // Philip Jodidio, a  Harvard graduate who studied art history and economics, and has edited Connaissance des Arts for over 20 years. His books include TASCHEN's Architecture Now! series, Building a New Millennium, and monographs on Tadao Ando, Norman Foster, Richard Meier, Jean Nouvel, and Zaha Hadid.

Zaha Hadid is undoubtedly one of Yatzer’s favorite!  Hadid is one of the most controversial architects, who only saw her work winning prizes and critical commendation for many years without actually having them executed.  Many believed and claimed that her work was unbuildable.   Yet over the past decade she has completed numerous structures including the Rosenthal Center for Contemporary Art in Cincinnati (which the New York Times called ''the most important new building in America since the Cold War''), the Phaeno Science Center in Wolfsburg, Germany, and the Central Building of the new BMW Assembly Plant in Leipzig.

Zaha Hadid was born in Baghdad, educated and has located her practice in London.  For over 30 years she has designed radical architecture, and is now the subject of this massive TASCHEN monograph.    Covering her complete works to date, and all of her recent work from Dubai to Guangzhou, this XL tome demonstrates the progression of Hadid’s career—including not only buildings but also furniture and interior designs—with in-depth texts, spectacular photos, and her own drawings. Also included is a special section with translucent vellum paper allowing multiple layers of designs to be viewed at once or separately.

Today, Hadid is firmly established among the élite of world architecture, her audacious and futuristic designs having catapulted her to international fame.