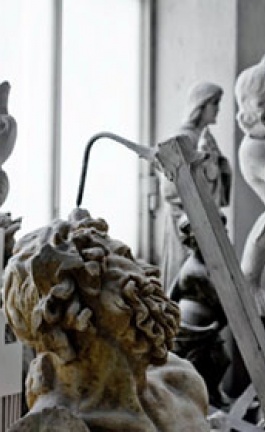 The marble illusions of Affiliati Peducci-Savini 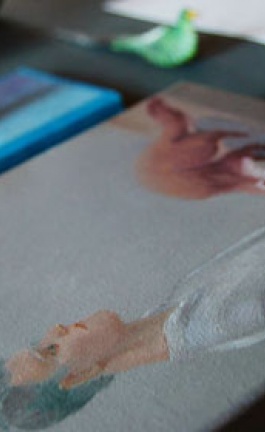 We’ve seen their work before on Yatzer, and to be honest we like their works, apparently it seems that so do you, our dear YatzeReaders.  Eastern Design Office just sent us images of a residential and office space project which they completed in December 2009 in Takarazuka, in the Hyogo prefecture of Japan.

The development is utilized as a design office for a Japanese sneaker brand, as well as the residence of the owner.  The development is built on a sloped hill of a residential district at an elevation of 330 meters.  For architectural reasons the slope of the site has not been flattened instead it has been increased resulting in two separate mounds.  The development overlooks the Osaka plain while it also has breathtaking views of the Osaka plain.  The architects of Eastern Design Office utilized the slope of the hill to the maximum when designing the residence; they took advantage of the eight meter difference in height within the site area and provided privacy for the residential section.

The development is built on hard bedrock which lays 1.5 meters below the surface; the foundation is raised on it therefore creating two heaps of soil which create a new topography.  The residence is literally invisible from the upper side of the road, therefore allowing for privacy.  The residential living space has been built between the two separate mounds and therefore creates the first floor of the residence.  The design area is located on the upper story (second floor), and floats above the residential area as it levels out with the entrance and the main road.

Eastern Design Office has designed the architectural for as such to portray waves that overpass the mountains.  According to Eastern “the concept of this architecture is like a voyage setting out.  Is it a dream of a long – distance ship going over high waves or is it a dragon?”  The end user of the architecture feels as if they are slightly floating within this development.  It was designed on intention to give off a feeling of being on a deck of a ship, and not in a house.  The floor plan is L-shaped and the edge of the building protrudes in a large extent from the slope.  Structural columns and walls have been designed in such a way to make one unaware of their existence.  Straight eaves run amidst the curvilinear form of the topography.  The eaves project in a powerful manner not to be beaten by the inherent force of the topography; instead they are thin, thick, short, long and curved.

The structural framework of the upper floor consists of steel while the first floor is constructed of reinforced concrete.  The upper floor has a 16.5 meter by three meter terrace and “floats” gently above the slope as it creates a deck.   To achieve this, the architects have used two different methods; the revaluation of the trusses, and the concealing of the structural members in the curves.  As the two floors have different programs, meeting the needs of these two spaces was different therefore creating a varying structure.

In order to unify the upper and lower level of the development “the curves of the mountain are made continuous with the curves of the openings.  There are two thin iron plate eaves on the openings: one with the length of 14 meters on the upper floor and the other with 16.5 meters on the lower floor.  The thickness of the iron plate is only 9mm. The straight line of these two eaves emphasizes the expansive spreading horizontal width of this house.  Consequently, this makes you forget that the house is on a sloped site.”  The rolling undulation of the development is part of the architectural design.

Furthermore, the cold white painted exterior which includes a tint of blue and black has been chosen on intention to correspond with the blue sky and also reflect the light of the newly built heaped mountains.