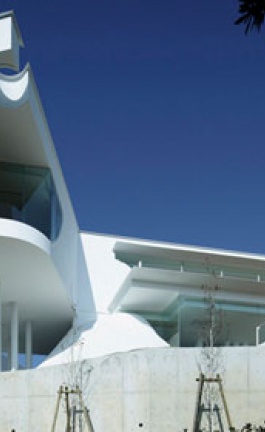 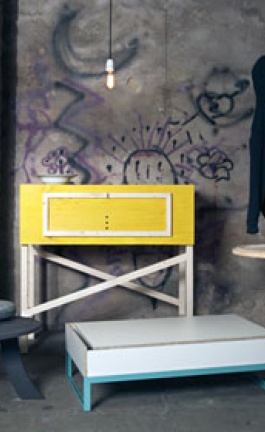 Vasilis Zografos is a modern adventurer that uses exotic escapades in order to get away from modern city reality.  Maybe it is not a coincidence the fact that this talented Greek painter was born in the beautiful island of Mytilini and currently lives in Thessaloniki, Greece.  Islands have always been a perfect inspiration for runaway fantasies since travelling represents for many of us the things that we could be but never dared to.

Of course, Vasilis Zografos could not be an exception. He lets his imagination go wild and wonders through far away jungles and distant places and like an innate "voyager" collects all kind of relics, old postcards, stones and plants and above all revives the memories of exotic animals and human figures to form a challenging puzzle where his paintings are the main core. Vasilis Zografos recently inaugurated his exhibition called Paradox, in the wonderful city of Kavala at Ι.Μ.Α.R.E.T. Contemporary Art Projects. The exhibition was curated by Lydia Chatziiakovou and Thalea Stefanidou and organized by ArtBOX.gr.

Zografos' particular cabinet de curiosités fits perfectly in the recently restored house of Muhammad Ali Pasha, one of the most beautiful historic buildings of Kavala, where Ι.Μ.Α.R.E.T. foundation has its headquarters. The vivid colors of his creations and the dialogue between his paintings, his little found treasures and the enchanted atmosphere of the old building function so well that the spectator has the impression of being part of a bigger installation, of an intense travelling experience.

At the same time, Paradox exhibition serves in the best way the purposes of the foundation that is to promote the cooperation between the Mediterranean countries by focusing on their common history and traditions. Enjoy Paradox exhibition through the following pictures and get ready next week for a full view of IMARET hotel in Kavala where Yatzer spent three days in paradise....!

Ι.Μ.Α.R.E.T. foundation was established in 2006 as a nongovernmental nonprofit organization (N.G.O.). Its headquarters are located in the house of Mohamed Ali, in the city of Kavala. The Institute's main goal is to encourage and to promote the cooperation between the Mediterranean countries in order to assure and maintain the stability and peace of the area by focusing on their common history and traditions. Its vision is to act as a link between all European and Middle Eastern countries in an effort to launch actions establishing dialogue, restoring mutual respect and enhancing relationship throughout the Mediterranean area.

The Institute considers the convergence of Europe with the countries in the Middle East as of great importance. Such a goal can be achieved by knowing and understanding better the tradition and the history of the Mediterranean Nations and their contemporary social and economic reality. The Institute's action is interwoven to a large extent with the existence - in the city of Kavala -of two important monuments, the Imaret and the house of Muhammad Ali.  Both buildings have been fully restored with great respect to their tradition and style and have been attributed to new use, maintaining indissoluble bonds with their heritage. They contribute substantially to the Institute's effort to bring about and enhance cultural interaction in the Mediterranean. The revival and operation of two monuments of the Arab World in the modern Europe, constitutes an example and at the same time a proof of the possibility of harmonious cohabitation of the two cultures.