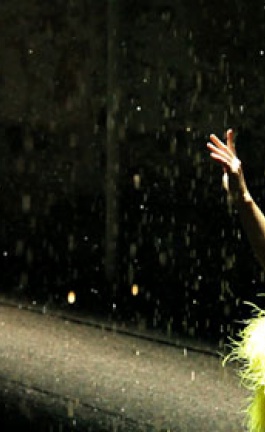 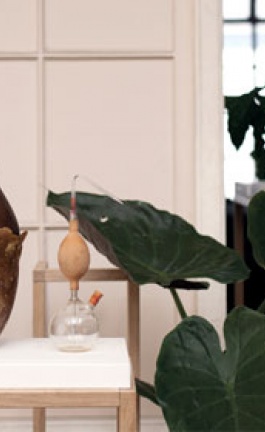 Images consume every blink of our moments. Living and breathing a visual culture is part of our daily lives and to a great extent, what has defined this contemporary society we live in. As a leading role in this visual culture, Canon continues to present captivating experiences at the Milan Design week since 2008. This year, they show us NEOREAL WONDER, creating a digital experiential space where airiness and revolution coexist. The exhibition awakens the desire to imagine; it accentuates the dynamism of life and expresses the intimate relationship between image and people.

This year's exhibition is being shown at Superstudio Più in Zona Tortona where Torafu Architects and WOW collaborated to materialize an experience of "Light." As an integral role of Canon's technology, lights are utilized through 25 projectors, including the XEED WUX4000 and the XEED WUX10 Mark II, incorporating the company's LCOS (Liquid Crystal On Silicon) technology to provide a sharp image and more vibrant picture throughout the space.

The space projects power, speed, thrill and wonder. The sharpness of the image and the vibrancy of color are drivers that change your physical state of being. With exhilaration running through you, the space unfolds into a sensorial ambiance that makes you wonder if this intensity is tangible, graspable, and portable. The richness of the picture makes it appear as if it is woven and stitched into the walls. The leading lines from the projections give you the illusion that it can be held in your hands. All these emotions enrich the experience and our connection to the image. Let's take a look at the Art Works developed for NEOREAL WONDER for the 2011 Salone Mobile show.

A projection of the consistent change of sunlight throughout the day. Having never experienced this simultaneous sequence, the main space transforms itself into a timeline of light  in a single view. This is a work in which images and space have become one, allowing viewers to sense the new possibilities that images offer.

From WOW:
"Sunlight changes from moment to moment throughout the day from sunrise to sunset, and throughout the year from season to season. The sun is always shining upon some area of this earth, and its power and beauty brings us vitality and comfort. Everyone takes it for granted that it will rise and set again. It is seemingly an eternal cycle of light, but in reality no one can witness this whole cycle of light in a single view. This is why we tried to create a space where the cycle of changing light is condensed and can be seen in a single view.
When you go through a visual tunnel that is the approach to the main space, what unfolds in front of you is an unrealistic space in which sunrise and sunset coexist. It is a view that can be seen either as real or virtual, projected on a screen as delicate as air and made of innumerable strings. It is no longer something substantive enough to be called an image, as it comes and goes as waves, and flies, disappears and appears again like fireworks. Perhaps you realize it is a projected image for the first time when you notice that the image on this ethereal screen is actually interlocked with the images projected onto the giant screens on both sides of the wall. Unfortunately, there is no “best position” to watch this work.  We invite you to discover your own best position that even we ourselves have not found by walking through the space from corner to corner. And we hope you will sense a possibility of visual image there."

A three-dimensional screen positioned in the main space allows viewers to immerse themselves into a visual experience. The screen of strings is light and allows the viewer to actually step into the image rather than just seeing it "flat."  The screen takes the form of 6 letters which can be viewed from the exhibition entry. The intersection of physical form and flat imagery creates an exhilarating effect of intrusion into a different world, captivating the exhibition guests.

From Torafu Architects:
"Radial light is projected from a projector in a movie theater.  Dusts in the air are illuminated in the dark and give form to the light. When light that does not essentially possess any form appeared in front of us, we thought we could build a new relationship between us and light.
The shape of radial light projected from the light source is traced by innumerable strings. The conical shape of light virtually visualized by the strings cuts through the space as a screen for projecting images that can be manipulated by the density and vibration of the strings.
The screen formed by the strings, whose existence is as frail and insubstantial as air is different from the conventional flat screen as it can reflect light from various directions and create floating images like the aurora that constantly changes expressions. The experience as if you are diving into the image gives you a new sensation of reality of this contemporary age, that is neither virtual or real. As you walk through the entrance, you'll see a row of letters reading “WONDER”. When you proceed around to the back of the wall you realize that the row of letters are woven by innumerable strings. Despite they are strings, they appear to weave in the space while capturing the continuously moving light. This space called the “Light Loom” imparts mystical sense of unity and atmosphere, as if the light and images have fused into the space, and lets visitors experience a new type of reality."

“air vase” NEOREAL WONDER version
This is a corner that introduces an array of Canon products from the equipment used in the exhibition to consumer products. The“air vase” NEOREAL WONDER version designed by TORAFU ARCHITECTS was produced using Canon digital cameras and printers. It is a space where visitors are able to enjoy the integrated capacity of Canon products, from inputs to outputs.