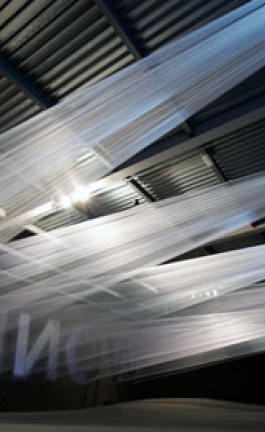 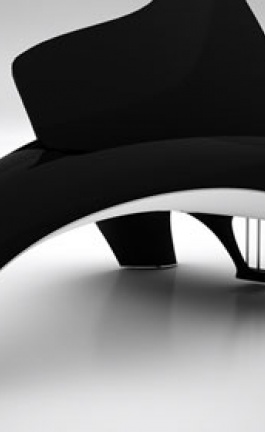 Formafantasma, classic Yatzer suspects, are determined to conquer Milan this year and strike with three new projects.  First of all, they present their "Botanica" series at Spazio Rossana Orlandi where they manage to combine in an excellent way nature and plastic. As Formafantasma explain, Botanica is commissioned by Plart, an Italian foundation dedicated to scientific research and technological innovation for the recovery, restoration and conservation of works of art and design produced in plastic. Maria Pia Incutti, founder of Plart and Marco Petroni, curator of the project, commissioned the studio to create their own personal interpretation of polymeric materials.

In order to do that, Formafantasma explored the history of polymers. They give us all the details: “Botany, as a discipline, began with early human efforts to identify edible, medicinal and poisonous plants, making it one of the oldest sciences. More than two centuries ago plants started to be categorized also for their secretions, a possible source of material. The objects displayed in the Botanica collection are designed as if the oil- based era, in which we are living, never took place. Just like historians do, we investigated the pre-Bakelite period, discovering unexpected textures, feelings and technical possibilities offered by natural polymers extracted from plants or animal derivatives. For Botanica we opted to investigate the possibilities of Rosin, Dammar, Copal (a sub-fossil state of amber), Natural Rubber, Shellac (a polymer extracted from insect excrement that colonizes trees) and Bois Durci (a 19th century material composed of wood dust and animal blood).

The organic details and plant-like forms of the pieces underline the vegetal and animal origins of the resins, while the palette of colors is based on natural amber tones in combination with traditional materials such as wood, ceramic and metal”. The result is absolutely impressing: the pieces seem they emerged from the sand and their textures look almost unreal. Formafantasma definitely achieved their goal to offer a new perspective on plasticity, reinterpreting centuries of technology lost beneath the impeccable surface of mass production.

Their second project is a low chair called Domestica and is commissioned by Dilmos Gallery. Domestica is the result of Formafantasma’s investigation on rural craft and its archetypes. Their inspiration, as they explain, is the Gerla Basket, a container usually used by farmers to collect harvested cereals, transported as a bag-pack. In some regions of the north of Italy the Gerla basket is often considered as a symbol of the Italian resistance movement during World War II. That’s because Italian women were in fact using the basket to bring food and ammunition to partisan forces formed by pro-allied Italians. As homage to Gerla Basket’s story, a little Italian fag is stitched on the military-green blanket that covers the upper part of the basket.

The design of the seat is a direct reference to a small stool used as a support to help take off the Gerla basket once it is full. Domestica, according to Formafantasma, seems like the result of a natural procedure, as if the basket that hangs on the back of the chair was fused with the chair forming a kind of nest. Domestica chair offers shelter more than comfort and that’s what it makes it so special. It also proves that Formafantasma, just like with their previous works, manage to introduce in the most imaginative way objects from rural culture into contemporary life.

Last but not least, Formafantasma are going to show in Milan their Migration project that is the result of a commission from the Italian rug-brand Nodus. From the wide variety of techniques that uses Nodus, Studio Formafantasma chose to work with needlepoint, one of the last techniques still produced in Europe. Each of the three rugs of the Migration collection was produced entirely by hand in Portugal with an average embroidery time of a month per carpet. As a reaction to the idealized rococo representation of nature, Studio Formafantasma designed a collection of three rugs inspired by the work of 19th century ornithologist Jan James Audubon, famous for his scientific categorization of birds.

On the final designs, instead of minuscule and geometrized flowers, three giant birds seem to be trapped in the moment, flying on the surface of the rugs. The carpets are composed as out-of-scale garments, finished with wooden buttons, as a reference to the fine needlepoint technique used both in tapestry and clothes. Formafantasma explain: “With Migration we wanted to suggests a new type of romanticism, wild and liberating, expressing the most ancient of human desires: to migrate towards the new and unknown, while relaxing upon a carpet of beautifully embroidered feathers.” We hope that Formafantasma finally convinced you to migrate to Milan in order to see their new projects. One thing is for sure: we’ll definitely be there!