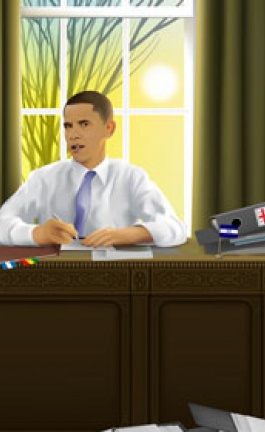 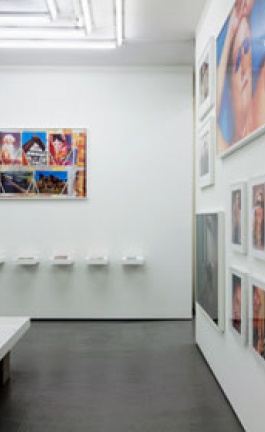 Design studio Ippolito Fleitz Group, over the past six years successfully managed to expand both their work load and their team through their successful design solutions in architecture, interior design, product design, and communication design.  As a result their former offices failed to meet the needs of this ever-expanding design group.  The studio located its new premises in Gründerzeit building, a former factory for control technology in the west of Stuttgart, Germany.

Gründerzeit building is a five storey building that was constructed at the turn of the last century and fundamentally reconstructed after WWII due to heavy bombing damage.  The ideal architectural elements such as the four meter high ceiling and the supporting cast-iron pillars act as the ideal shell for the offices of Ippolito Fleitz, while giving the space a nostalgic feel of the past.  The offices expand over a floor area of 480 square meters as they provide the essential space for free and creative thinking.  The renovated interior is mainly inspired by the building’s original design of individual rooms assembled around a stairwell, each area was given its own separate identity, which when seen as a whole tells a coherent story.

Entering the office from a rather dark staircase through a heavy metal door you face a luminescent white reception area with XAL Vela hanging lights.  An exceptional work by artist Robert Steng hangs on the opposite wall; by the usage of broken wood Steng built two-dimensional objects that represent three-dimensional spatial landscapes, his creative approach towards reusability and spatial analysis is a fitting artistic interpretation of the studio’s guiding principles.  To create a strong contrast to the white walls, a checkered pattern violet wall to wall carpet effectively adds a softer, cozier feeling to the area and clarifies the borders of the reception area.   An abstract wall graphic on the entrance wall of the studio leads the way to the creative department.

Adjoining to the reception area is a large conference room which is separated from the reception area by a glass wall and creates a feeling of semi-transparency by the added diaphanous white curtains.  The White Random Lights by Moooi suspend delicately above the white oval conference table as they are accompanied by Eames' armchairs in white.  The designers of Ippolito Fleitz have kept the original charm of the building by leaving exposed the cast-iron pillar, the exposed service pipes and the original ceiling but have simply painted them white.  Furthermore, a private conference room adjacent to the main conference room is stylistically designed with the black RZB – Hemis Polymero XXL hanging light which seems as if it mirrors onto the circular conference table’s white surface and is accompanied by black Vitra Eames Plastic Armchairs.  The walls of the private conference room are checkered with images of projects which the studio has completed.

The heart of the office is the studio; the space has been designed with the philosophy and the principles of Ippolito Fleitz Group.  The studio is a place where people from different design disciples work on projects keeping the spirit of a team.  The open-plan interior of the studio was encouraged so that the team can work cooperatively in a creative designing process.  Above each workstation hangs a pendant luminaire suspended from the ceiling; each luminaire can be operated by the adjacent hanging ribbon, which is unique as it originates from a collection of decorative material collected over the past 40 years.

To encourage a team oriented environment, the studio has different zones which encourage discussion and collaboration in a small conference corner equipped with garden chairs as well as their favorite “mittelmöbel” (central furniture piece) from the old office which was newly veneered for its new home.  Furthermore, a key element of the work at the studio is the materials which they use, for this a special materials library was created using large shelving units.  The materials library also acts as a presentation area for the ongoing projects and their progress.

Furthermore, a salon and a kitchen meet the needs of the staff as they are private spaces which were especially designed to create a homely feeling.  A lot of one off furniture pieces were especially designed by the studio especially for their new offices.  The studio designed areas which meet the needs of the end-users while most areas serve for making the creative process for the designers inspiring and creative.  This entire office has been designed in such a way to boost brilliant ideas!

About//
Ippolito Fleitz Group is a multidisciplinary, internationally operating design studio based in Stuttgart founded by Peter Ippolito and Gunter Fleitz.  As identity architects they work in accordance with their clients to develop architecture, products and communication that are part of a whole and yet distinctive in their own way.  This is how they define identity.  With meticulous analysis before they begin.  With animated examination in the conceptional phase.  With a clarity of argument in the act of persuasion.  With a love of accuracy in the realization.  With a serious goal and a lot of fun along the way.  Working together with their clients.  As architects of identity, they conceive and construct buildings, interiors and landscapes; they develop products and communication measures. They do not think in disciplines. They think in solutions. Solutions that help you become a purposeful part of a whole and yet distinctive in your own right.