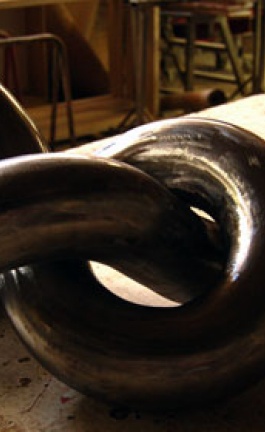 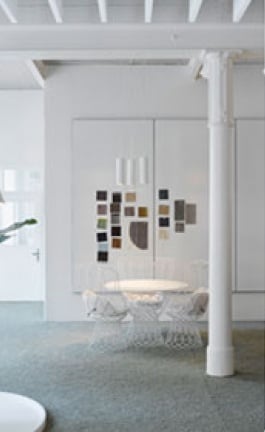 Mathias is an artist who makes realistic digital illustrations and lives in a world of comics. This is a place where he tells stories about presidents and politicians, a world where poverty and other social problems have no place at all. Check out how Mathias’ work can express positive feelings that come out of  negative and unpleasant situations. ALL ABOUT DEMOCRACY is his latest exhibition at Diesel Denim Gallery, where cartoons get alive and show their real faces, loose their innocence and expose the real conditions where corruption rules.

So,  it’s " ALL ABOUT DEMOCRACY"….How did you come up with this title?
This title came up to me a year ago. I don’t know where it came from. I realized by looking at my work that it’s all about democracy, not only my work, but everything.

Children usually tell stories or work out problems with their drawings. More than a game it is a  way to express a problem, a procedure that makes the child feel better once it deals with it.  Well,  is it my idea or there is a cute and naughty child somewhere inside of you?
Very funny you ask this. There probably is… I once said that through my work I can release my frustrations and angriness about subjects that I read about. For instance, when I read about politicians and their double agenda’s, I get a negative feeling because I realize that our planet is going to hell… When I make a drawing about what I read, I can release these bad feelings and put them into something positive.

Paper drawing has been one of your favourite things back in your childhood. However you left the illustration path for some years focusing in cinema work and tv.  Was there a turning point that drove you back to your childhood love again?
Yes there sure was… But that is very private…  Anyway… I had to leave my country because of my partner, who is coming from South America. We got married 5 years ago. The gouvernment in Holland puts a lot of difficult restrictions on foreigners to get a visa. Even if you are married.
So in the end we had to moved to Belgium where things are more easy and human.
The frustrations and the rage that I felt during the immigration-proces to get a visa for my partner, made me pick up the drawing-pen again. Since then I’m at war!

Your drawings represent famous people, politicians mostly, in a way that many people would describe as offensive. When making fun of politicians, is there a line that should not be crossed or they just get what they deserve?
No, I think I can draw whatever I like. Everything is permitted. There should be no restrictions in art. Art is the last fortress that respects freedom of speech.
There is no longer freedom of speech in the media. If you want to protest in the street you have to ask your gouvernment for permission and a year ago the first cartoonist got arrested in Holland.
So I just eat my heart out as long as it is possible.

You use cartoons in an attempt to explain the current social circumstances. Do you think people reach beyond the first laugh and position themselves with respect to the questions set by your art ?
I hope so. But that depends on the people. I know more and more people around me who give up their trust in politics and want something else… Here in Europe allready the majority stopped believing in politicians. In Belgium around 80% of the population believes strongly that politics cannot bring solutions to the problems.Very worrying.

Mixing cartoon style and real life people… what describes your Art best?  A Real-Life Version of Cartoon Characters or a Cartoon-Life Version of Real characters?
That must be the last one… My work shows the story that is behind of what you see on the news.

Humor is probably a way to reach a wider audience and also make your message more direct. But is it just this or is it also a personal need to lighten up our word’s tragedy through ridiculization? Speaking as an artist, does ridicule serve as a shield in your attempt to deal with unpleasant themes?
Not really, a shield is defensive, but in my case I just express myself and something comes out that I throw into the world. So I see this more as a weapon, one day I will hit somebody in the middle of the heart! There is a saying that says: The pen is the mightiest weapon.
Well in my case it is a mouse and a laptop…

About Mathias Uw Tekenaar
Mathias was born in 1970 in Horst, the Netherlands. As a child he loved paper drawing comics, a passion that was meant to mark his life not only as a person but also as an artist.  After several jobs and in a chase of a way to express his personal feelings and thoughts he decided to grab his pencil again but with no innocent intentions this time. Through his work famous people become cartoons and get exposed to the mass from a different perspective. Matthias opened a weblog to publish his illustration works and this resulted in projects offered by some important Dutch and Belgian magazines like; Vrij Nederland and Knack Magazine. Since 2006, Mathias’ works is published in Vrij Nederland, Knack Magazine, Le Vif l’Express Decouvertes, Nrc Next and Indymedia.be. In 2008 and 2009 Mathias’ works appeared in the daily newspaper, NRC Next.
During the summer of 2008 Mathias made six covers for the Belgian tv-guide ‘Focus-Knack’.

about Kimiko Mitani Woo / MW Company // Independent Art Curator / Art Producer
Dreams can come true and there is no doubt that Kimiko Mitani Woo is a believer.  Following her dreams she gave up her career and established MW Company working in art producing in Tokyo and Shanghai. The mission of the company is to retrieve potential artists out there and expose them to the public. The projects for 2009 are: the curation for DIESEL DENIM GALLERY AOYAMA and GYRE ART WINDOW throughout the year, guest curation of JENKINS at CCC in Shizuoka, PR for CREAM YOKOHAMA International Festival for Arts and Media 2009. Currently, she has been preparing for upcoming Shanghai project in 2010.

about DIESEL DENIM GALLERY
DIESEL DENIM GALLERY exists only in Tokyo and New York. Being the store for the most prestigious “Diesel Denim Gallery” it also serves as a gallery space. Its purpose is to support and highlight new artists and also provide a space where these raising stars may expose their work. On the 1st floor, the interior is completely reconstructed twice a year by art installations. Art exhibitions on the 2nd floor take place four times a year, and actual artwork can be purchased during the exhibition.