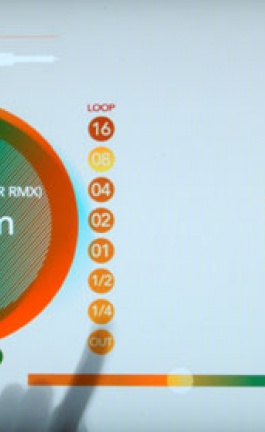 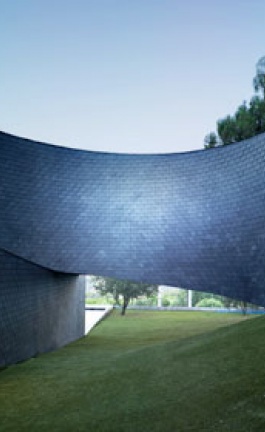 Nienke Klunder is a versatile young artist who offers a provocative look at modern American popular culture.  Born in California and raised in the Netherlands, Klunder has successfully used her role as both European and American citizen in providing an outsider/insider stance on pop culture, giving her audience a one-of-a-kind perspective on women and their roles in society. Klunder is a graduate of the Breda Fine Art Academy and she joined Fabrica Research and Communications Centre in Treviso, Italy in 2003 for residency.  Known for working in series and sequences (what she calls “visual essays”), Nienke Klunder tells stories in a cinematic fashion with her photographs.  She also creates sculptures and drawings that are sprinkled into her exhibitions to fully communicate her stories.

Often using herself as a subject, she bravely puts herself in front of the lens giving a raw, honest aspect to her photography work in which she explores themes like “identity and transformation”.  Klunder only recently embarked upon her first public collaboration with Madrid-born designer Jaime Hayon (whom she met in Italy in 2003). Their finished product, American Chateau, is an installation “taking inspiration from the iconic cultural exports of the USA and the opulence of 17th century European craftwork. Jaime and Nienke’s pieces are the icons of the booming, fast-food American dream, a kind of Versailles meets Disneyland hybrid.”

Nienke Klunder took time out of her very busy schedule to chat with Yatzer about her inspiration, her process, and of course, sausages…

I always like to start off by asking how you first started as an artist, inspirations, where and what you studied, etc.  Do you see yourself as photographer first and foremost? Or a sculptor? Or as something else entirely?  Is this something you always knew you would do?
Yes I always knew what I wanted to be. Not a fireman, not a pilot, but an artist.  As a child I never stopped drawing, I was a dreamer and a very bad student.  At the age of 16 I seized my fathers Pentax and was running around creating adventures, photographing people in the street, architecture and so on. At first, I wanted to become a war photographer, somebody working for Magnum and travelling the world. But when I started art school I changed my mind and became more interested in creating my own world, recreating and exaggerating my thoughts/ ideas. At the Academy I passed through sculpture, fashion, painting and in the end focused on photography.  However, I kept my interests in the other medias and combined them as much as I could.  I am still using photography primarily -- this is what I practiced for the longest time.  However, these days I am also sculpting, painting and drawing. I like the fact that I am not restricted to only one medium.  It gives me freedom!

You were born in California and raised in the Netherlands.  When I look at your work, photographs in particular, they seem to be influenced and entrenched in California/Hollywood.  Have you always felt a magnetic pull toward LA?  Toward the culture?  Would you call it your inspiration?

Ooh Yes! My American heritage has always been an influence on my work. I was born in the States and growing up in a little village in Holland I was always aware of the inherent culture clash between where I was born and where I was living. When I first re-visited the US I was in my twenties, my perception of the States was heavily influenced by the stories passed on to me by my parents, by photo albums from the 70's, movies and by the arrival of MTV in Europe.  Since then I have traveled around a lot, spent some time in New York, visited LA on several occasions, Florida, and planned a road trip where I returned to my birthplace.


Arriving in America, all of those perceptions I brought with me from Europe were reflected back to me in all the glamour, but immediately sobered by the reality of the underbelly of modern America. The slick exteriors tarnished by the cost of creating them… it's at that point of connection between exterior and interior that I like to work.  It's this love and hate relationship with the full spectrum of emotions between the two.  The emotional conflict I have with my country of my birth will probably take me a lifetime to explore.

I am fascinated when artists can put themselves in front of the camera to express their own ideas and make themselves the object of speculation.  It seems there's a lot of courage involved in that process.  Were you ever intimidated or afraid of putting yourself in front of the camera?  Is it purely for the execution and control (so it comes out exactly as you have in mind), or is it more of a process, you trying different things out and seeing what comes of it? Posing in front of my own camera doesn't intimidate me, I actually have a jolly good time.  Using myself as a model is mostly pure practicality.  Sometimes ideas come to mind spontaneously and I need to enjoy that moment, what's better than to use yourself?   For me the it's the ultimate way to concentrate; when I am alone with my equipment, all my props and the light, I know exactly what I want to carry out on celluloid plus I can experiment as long as I want not depending on or getting distracted by other people.  The process itself is essential.  Trying different things always leads to something else, something new.  However it's not on every occasion that I can or want to use myself as the model.  For some photographs it's simply impossible.  When you are the one posing you are always a step behind than when you are behind the camera because being able to look through the lens gives you total control.


It's very interesting when an artist can make a strong commentary on popular culture through use of popular culture (your Donut Madonna, your Rocking Hot Dog).  How did this come about?  If you could sum up what it is you hope to convey on the state of popular culture today in one sentence, what would it be?
The Donut Madonna is a bronze sculpture of a woman praying, on her knees, wearing a bright, shiny food-fetish mask with doughnuts for eyes and sausage for lips.  The surface of her body is like melting chocolate, or ice cream, and even though her face is decorated with a permanent smile there will soon be nothing left of her then just a pool. It's a criticism of the fact that women become victims of the pressure towards an exaggerated ideal, in which we have lost sight of what is real. They are part of the thin red line which walks through my work, trying to raise questions of ways women are represented in society. To express these thoughts I like working with icons from popular culture, clichés and stereotypes, things everybody is familiar with and are easy to understand.  Also they are easy to absorb visually and mostly have a happy appearance about them, humoristic.  However for me, in most cases they have a darker double meaning with an ironic twist.

The Rocking Hot Dog is part of the same show as the Donut Madonna, made in collaboration with Jaime Hayon called  'American Chateau'.  It's an installation that includes furniture, sculpture and photographs.  We played with the idea of decorating an old money European mansion with exquisitely crafted pieces inspired by nouveau icons of American popular culture. We came up with some very bold examples like the limousine, McDonald’s hamburgers, hot dogs, donuts, skyscrapers, cowboys, dollars and so on, which we turned around into incredibly crafted pieces.  We used classical and traditional materials like marble, bronze, and carved mahogany wood. It's our contribution toward the growing critical commentary on consumer culture.  For me it is essential to do that using popular culture.

Why sausages/hot dogs?
Why wouldn't I use sausages?  It has great symbolism, a good form which looks like a smile, and it's meat!  The big blown up silicon lips that women enhance themselves with remind me of ordinary fleshy sausages, which led me to a whole set of studies of sausage women: portraits of sausage faced donut eyed ladies, handbag carrying and high-heel wearing sausage monsters, and Archimboldo inspired still-life portraits.  When watching MTV, celebrities, and Italian TV, the link between women and ordinary meat is very easy to make.