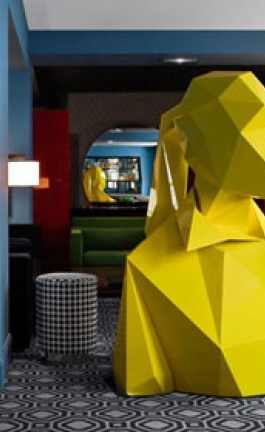 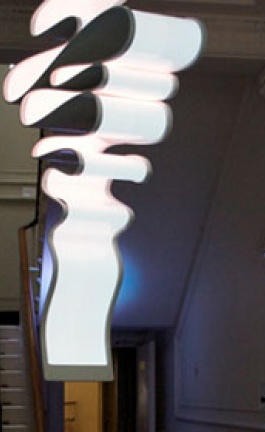 "Mama Africa" has always been a source of inspiration for many people.  The African civilization has also influenced the last projects of Charlotte van den Brand who managed to combine the primitive and wild with the modern and stylish.

Travelling is seeing but it’s also a great way to open new horizons and gain new experiences.  Meeting different people, places and cultures can be easily transformed to a source of inspiration and that’s the case of  Charlotte van den Brand.  Her recent travels to the African Continent has served as a vehicle to an adventurous journey in the design world.  As a young designer who recently graduated from Design Academy Eindhovel  has kept and used all the valuable assets before she starts experimenting with new concepts.  The mix of these assets with the traditional elements of Africa had as a result interesting objects that capture the attention and make an impression.

The Pattern Cabinet owes its existence to the African rhythmic patterns.  Following the puzzle philosophy it is made out of four parts that fall into place just like the pieces of a puzzle.  From a different point of view the Pattern cabinet could be easily described as a “TETRIS” concept.  Everyone who had the chance to play this game can identify the similarities as in Charlotte’s Cabinet every element fits exactly with the others by placing one into the other just like in Tetris. When the furniture is closed it is a cabinet with a traditional African pattern. In case of extra space is needed the pattern gets bigger by pulling the loose elements.  This way the size can be doubled in order to ensure that more objects can be placed in this beautiful piece of furniture.

In the case of the Telephone Wire Table the idea came from the African Telephone wire weaving, so characteristic of the South African community.  This is a traditional old technique that was forgotten as the time passed by. Charlotte managed to identify the potential of this technique and following the African culture which obtains the greatest profit of any resources she created a table with attention to detail, a western design furniture with an African touch. The origins of this concept can be easily detected by paying attention to the hand woven technique from one hand and the use of bright colors from the other. Two elements that are so profoundly registered in the African culture  are now present in Charlotte’s project,  a piece that anyone can touch and feel.