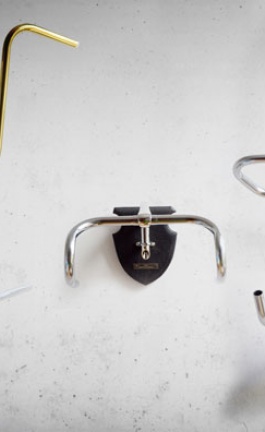 PLEXUS And PAIN By Gabriel Dawe

Greek philosopher Aristotle once said 'Quality is not an act, it is a habit.' So when this habit is combined with many years of experience, the result can be nothing less than pure and eclectic. PASTOE, the iconic, Dutch, furniture label named after the 'passe-partout' principle, is celebrating 100 years of success. The company which initially started up in 1913 as a small traditional firm inspired by the entrepreneur Frits Loeb in Utrecht, the fourth largest city in The Netherlands, soon became an internationally known firm known for its core values and philosophy. Simplicity, timelessness, quality and craftsmanship are merely some of the features that can be easily identified in the furniture that the company produces. Its unruffled, austere design has attracted a number of worldwide known artists and architects who have contributed in their own special way to PASTOE’s brand value. One of the things we love about these furniture is the fact that despite their inherent chastity in design, they quickly transform into an embodied form in a range of different environments.

> Products need to be more than their outward appearance: they need character; you should be able to love them, to form an attachment with them…. Striving for perfection is part and parcel of PASTOE’s tradition and will always remain so. <
PASTOE

With many revolutionary patents and a strong communication element, the firm’s products invite us to translate our everyday furnishings in terms of shape, colour, light and volume. The Pastoe 100th anniversary programme will last from 23 February 2013 until 2 June 2013 which curated by Anne van der Zwaag and Gert Staal will take place in Kunsthal, Rotterdam. Since the beginning of 2012 a number of workshops have been held under the topic of design processes and innovative thinking about living; the results of which will be presented in a final exhibition. Numerous speculative projects by designers will be presented according to three main themes:  Archives, Environments and Propositions. While the Dutch version of the presentation will take place during the opening of the Kunsthal exhibition, the English version of it will be presented in Milan during the Salone del Mobile on 13 April 2013, PASTOE’s anniversary day. Krijn de Koning, Anne Holtrop, Konstantin Grcic, Maurice Scheltens & Liesbeth Abbenes, Naoto Fukasawa, Claudio Silvestrin are just some of the guest artists, designers and architects who will participate in the celebration.

With an endless desire to discover quality from all four corners of the globe, suffice it to say that Yatzer is more than just a little excited about this upcoming event.

> The silence, the unfilled area, the strongly horizontal or even vertical character of the furniture evokes associations with landscapes in which little appears to be happening at first glance: a view across a polder, a sea panorama. These are really typically Dutch perspectives that carry both an aesthetic quality and a mental power. <
PASTOE