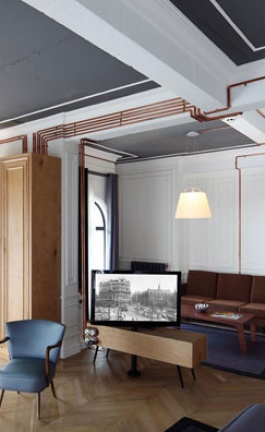 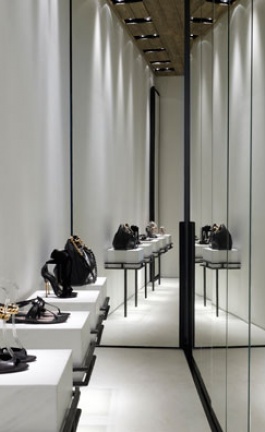 When you hear the word ‘castle’ you envision a fort, stonework, historical meaning and a sense of the archaic & abandoned. These words are exactly what someone would have in mind if asked to describe the Pombal Castle in Portugal. In not feeling quite at home with the word ‘abandoned’, the city’s municipality went about changing its local treasure with the city at its feet. Things were about to change and vitality together with inspiration where to become the two new words replacing ‘abandonment’. Looking at the castle’s dream location the idea to engage this site with the city’s energetic every day life became a challenge, which was gladly accepted by all.

The great names behind this quest were COMOCO architects Luís Miguel Correia, Nelson Mota & Susana Constantino. Together with Vanda Maldonado & Inês Stoffel acting as collaborators and ABL- Gabinete de Projectos Lda working alongside as Structural, Hydraulic & Acoustic Engineers the journey of bringing history into the present, commenced. The idea was to engage the landscape and the energy of the castle with the people that take it for granted on a daily basis. These great grounds had to be brought back to appreciation and to be chosen for moments of knowledge, serenity, romance and of course, courtly entertainment. The ‘bring back to life’ project consisted of 3 main areas, taking  7 years to completion, covered an area of 48,650sqm and some €3,000,000.00.

The first area involved creating and highlighting connections between the urban areas at the bottom of the Castle’s hill, pathways along the slopes and gazebos to provide shelter and foster diverse experiences in the castle’s contact with the landscape. The materials used were prominently plastered walls, stone and grit pavements, and wooden structures. Light and shade penetrating through these structures played a dramatic and sensual role. In the second area surrounding the cemetery, both the parking area and the adjacent facilities were designed as topographical elements where concrete walls support the transition between the sharp differences of levels. Finally, the third area surrounding the walled precinct is aimed at enhancing the Castle as the main built element of the area. The west access to the Castle was redesigned, including the platform at its bottom as was Santa Maria Church area providing a public space that fosters its appropriation as a privileged stage for performances and other cultural activities.

Of course, all these new gems in the ‘world that was’ had to have a main point of contact for everything to fall into place, and just because some things never change no matter the century, this point is always the cafeteria. This is a place for gossip, reading, sketching or staring out on the grounds while travelling with your thoughts. The structure’s exterior cladding is simplistic consisting of a rusty red finish projecting vibrancy throughout the landscapes. It is a truly magnificent building. You can see it from anywhere in the grounds and it invites you to experience the old world from a new perspective

All in all, looking through the vibrant structures with their simplistic forms and their dominant angles you know that this is something that you should be a part of. A great renovation of life has been undertaken balancing respect of the old with the exciting life of the new. If Pombal castle could speak, its words would be: ‘It’s great to be brought back to life without changing a thing about my existence.’