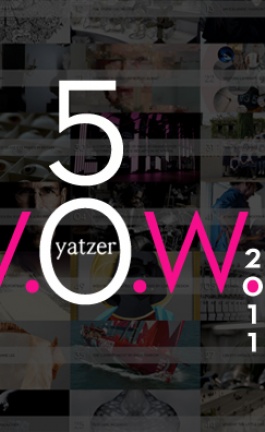 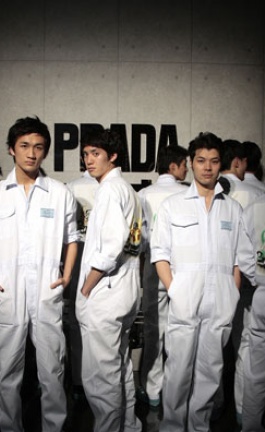 Keeping with tradition, the Yatzer family welcomes a New Year with the breathtaking beauty and artistic wonder we have become known for sharing. We couldn’t think of a better example of the two than the RAAS Hotel in Jodhpur, India, member of Design Hotels™ and the World’s Best Holiday Building of 2011 according to the 2011 WAF | World Architecture Festival Awards.

Here, we find ourselves in a colorful corner of the world, an inherently exotic country known for its spices, colors, fabrics, and scents. The Walled City of Jodhpur has a rich history where the ''rose red'' sandstone makes up most of the buildings. The Mehrangarh’s Victory Palace and Gate commands attention as it sits atop the center of the city. Completed in the 17th century and surrounded by a large protective wall, this majestic fort was built to protect the historic palaces of Rajasthan. At the foot of the Mehrangarh Fort (rated as ''Asia’s Best Fortress by Time Magazine in 2008''), you will find the only luxury boutique hotel in an Indian Walled City; the RAAS.

Where does one even begin to describe the understated elegance that has been captured at the RAAS Hotel? The architects behind this rare hotel complex are the Lotus Praxis Initiative based in India. Their talent knows no bounds as exemplified in their approach to designing the four original standing buildings together with three modern ones (all built in the sultry red sandstone) whilst maintaining an organic earthiness throughout the property. This natural feel is a nice opposition to the luxury that abounds and works to ground the hotel avoiding a ''stuffy'' or snobby aspect. The architects allowed the natural beauty of Jodhpur to lead them. One can see the story that The Lotus Praxis Initiative has put into the luxurious hideaway. The RAAS is a re creation of the city in which it stands with its body of water in the center, a square, an eclectic mix of styles both old and new and striking views of the Mehrangarh from each and every room just as each house within Jodhpur has a view of the fortress.  ''Its ground- breaking architecture seamlessly integrates a modern use of light and space with an eighteenth century Rajput haveli, offering the best in modern and traditional luxury. By marrying sensational vistas with a beautifully calm central garden oasis, the RAAS’ all-pervasive warmth mirrors the city itself.''

The modern buildings’ perimeter walls are perforated with rectangular slats that allow a checkerboard of light into the hallways while the sun is up. Playing with light is a modern characteristic executed well, and surprises you as you enter a modern building from an older one. In so many instances the tie between new and old is executed with such expertise and so seamlessly that it is in the details like the perforations in the walls, that truly make you step back and admire the thought that was put in behind the scenes. “Jodhpur’s red sand-stone unites the new with the old, even as modern designs and patterns in its dressing and carving add an exciting and fresh dimension to the region’s age-old stone carving industry. This seamless harmony between the modern and the traditional, the familiar and the surprising … extend to all aspects of the RAAS; it is everywhere, at all times, as comforting as it is inspirational.”

Harmony as a theme is evident not only in the architecture, but in the landscaping, the vistas, the restaurants, and the overall tranquility the hotel has become known for. Warm and welcoming, many travel to the RAAS once a year like a pilgrimage for those who find relaxation to be their religion.

There are 32 spacious rooms and 7 delicious suites that each has its own sitting area (separate from the bedroom) that sit below sprawling arches, large balconies and very large bathrooms. There are 35 rooms with views of the Mehrangarh and the remaining four have views of private gardens that overlook the older restored buildings. All rooms are designed in a clean and modern manner and decorated with great attention to detail including high-end designer furniture and fixtures. The décor is modern and eclectic with reference to the rich colors Jodhpur, The BLUE city which is known for (pink/sandstone, blue/''Jodhpur blue'' blue washed homes, black/ terrazzo).  One look at the rooms and it is easy to imagine yourself like a swan diving into the large bed or relaxing in the sitting rooms in a soft white robe after an Ayuverdic treatment at the spa. A barefoot walk through the enchanting grounds would be enough to both ground you and take your mind to faraway places. It is almost magical, as if the air within the walls of the RAAS is intoxicating, there is a raw emotion that is shared and everyone is at peace.

In addition to a spa that leans towards Ayuverdic treatments, there are two restaurants; one that is indoors, the other is outdoors, a chic café by the gorgeous pool area.  The RAAS is Jodhpur’s gem, a prestigious boutique hotel nestled into the foothills of the Mehrangarh, a layering of natural beauty and manmade beauty, the epitome of Rajasthan culture. As Yatzer enters its fifth year, we are grateful for both the opportunity and the challenge to keep on taking your breath away.