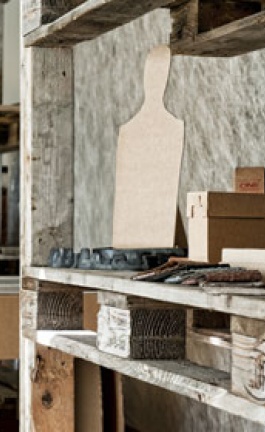 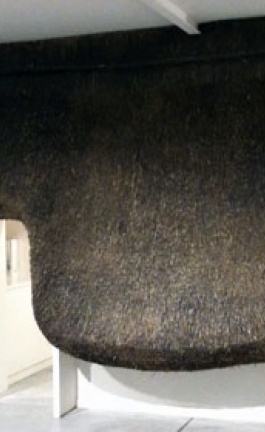 Many of us would describe technology as advancements that facilitate and better our daily lives. We define the word into the construct of objects that allow connectivity, transport and/or facilitate tasks. These objects, are for the most part, an assembly of electronic parts that work together to achieve its final product, consumption. We often rave and wonder about the final object in its exterior but often omit to understand the kit of parts. Its evolution is so rapid that by the time we grow accustomed to it, we desire to relive the cycle of consumption all over again.   Mouna Andraos, a Canadian-Lebanese artist, born in Beruit and currently based in Montreal, Canada utilizes technology and electronics as a medium to create dialogue and functional objects. Her multi-disciplinary background in Film and Liberal Arts at Concordia University in Montreal and her Masters in Interactive Telecommunications from New York University gave her the foundation to understanding the difference between a virtual and physical experience with an object. Here is an exclusive interview into Andraos' work and the interesting relationship she has with electronic and media related technologies.

Mouna, I noticed that your work has similarities in its physical vocabulary. Where does this emanate from? What got you started utilizing electronics as a source of making?
I mostly work with electronics and media-related technologies. I've started looking at interactive technologies about ten years ago through working on a variety of web based projects as an interaction designer and creative director. But after a few years sitting exclusively in front of a screen and a keyboard, I felt the urge to get back to more tangible platforms and started exploring the possibilities of off-screen experiences and interactions. I've since been working with electronics and physical computing as means to create physical objects rather than virtual ones only.

Interactive and electronic based technologies are increasingly inhabiting every part of our physical environments. And they continue to constantly redefine our rules of engagements with this environment and with each other, it seems important to open up conversations about how they are designed and what they do. If these black boxes are going to keep directing our lives, maybe we should better understand what they are made of and how they function.

I'm interested in what creators can come up with if they start designing not only containers for technologies but rather the technology itself, from a software but also from a hardware perspective; from a user experience but also from an electronics material point of view. As a designer working with technology, these electronics inevitably have become a key material for me to work with.

Whenever it's appropriate, I try to give new forms to familiar electronic objects and expose their inner workings when possible, hoping to demystify both how they work and what their behaviors or looks might be.  As such, my research also hopes to contribute to the overall electronic literacy amongst non-technical people so that more and more people can start participating in conversations about what these devices could become. I'm fascinated by the kind of innovation that could emerge if more and more people start understanding and playing around with these raw components.

As an Interior and Graphic Designer, a couple of your projects intrigued me and sparked a great interest. Your Wire Chandelier and the 6 For Blossom installation allowed me to not only reassess my perception towards electronics but also allowed me to envision electronics as a great material that can be part of the vernacular environment. Let’s start with the Wire Chandelier...
What is the inspiration for the project?
The more concrete inspiration for the Wire Chandelier is the material itself. This flexible, colorful wire called ribbon cable, comes in large rolls of multicolored strands attached together into one strip. I had been wanting to make something out of the actual raw material.

I also have been interested in creating lighting objects for a while now and using LEDs seemed like the way to go forward in thinking about lighting design. The first lighting pieces I created were a series of night lights that glow slightly in the dark: rubber and resin encased LEDs with their corresponding wiring. I also have been seeing some incredibly beautiful, smart and elegant chandeliers created by a variety of designers and it kind of made me jealous.... so I thought I would try my own.

For those designers and readers interested in understanding its physical properties, what are they?
The Wire Chandelier is 14 inches in diameter at the base and 24 inches high and uses about 12 Watts. It's made from 250 individual LEDs all connected at the top using regular electrical caps. There is over 1000 feet of wire on the chandelier and all of it is functional.

Onto 6 For Blossom now, what was the inspiration for the project?
The initial inspiration comes from a late evening conversation with a friend about the state of our current electronic devices in a post-apocalyptic world!  Not much of this is left in the final piece, but from there came the desire to work with clocks in a more formal way, and in this particular case for using text as a way to express the poetry of passing time.

I'm still playing around with clocks.  I just finished a small series of wall clocks in which the core circuit is drawn into a classic seventeenth century floral pattern.  The electronic clock in this case is gutted -- the components are fully exposed -- but these bare guts are an opportunity for a very detailed aesthetic expression.

I always feel it is important to understand not only intention but also proportion so tell us about its physical properties?
6 is for Blossom is 8'x8' (2.75m x 2.75m). It's made out of Electroluminescent wire and custom electronics mounted on 2 large wooden panels.  It runs on 12 Volt DC.

Why did you choose the text by the German poet Herman Hesse?
The text is inspired by a series of poems by Hesse that have been published in French under the title "Éloge de la Vieillesse."  This collection brings together poems mostly written during Hesse's last years where he deals with the passage of time, seasons, and the different cycles in life and in nature.  This specific book has been following me for years now, coming in and out of sight as it got moved from one apartment to the other.  When I was researching inspiration for the clock, I came across it again and decided to work on an adaptation of these poems since they conveyed so strongly the mood and feelings I was looking for.  Hesse had already put into words the poetry of passing time in a way I could never have achieved.  A friend and colleague of mine, Emilie Grenier, helped me "rewrite" the poems and put together the final text for the clock.

Tell us a bit about the time based approach to this piece.
The initial intention was to create a clock with no numbers, just words; and to explore the structure of time as a space for a different type of writing, and a different narrative experience for its public.  The inherent rhythm of time passing, and of clocks in particular, is also a very structured and strong base on which a piece like this one can be constructed.  I don’t think it would have worked just as animated text, it needed the references of the clock.

As a static written piece, the text tells a story. How does adding time in three segments changes the relationship between words and experience?
As one can imagine, there is not much left of the poetry of Hesse in the final piece; it's more like a grammatical study or an organized vocabulary list created from the selected text through an exercise of dissection and shuffling.

In oder to create as many meaningful sentences as possible, every second, the final words had to follow a very specific grammatical formula which establishes the core content of the clock.  So the static list of words barely give justice to the poetry of the original text but in the animated sculptural form (time based), the constant creation and transformation of the sentences does bring to life a new melody that becomes almost hypnotic.  The overall universe of the poems is depicted slowly over time and all the original characters of the poems get their own hour in the day. The other idea is that if you live around the clock for long enough, you start being familiar with it, recognizing that "bells" is noon, "trains" is 9pm and 6 is "Blossom".