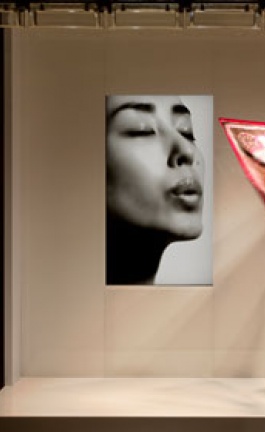 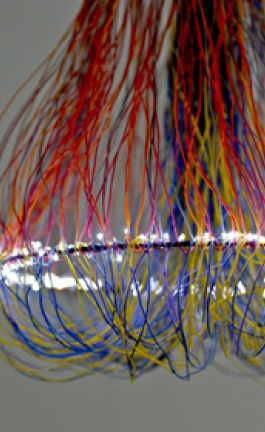 Poetry lies within his words in his description of himself and his culture whereas a creative idiocracy characterizes his work. A creator that manages to give while simultaneously take qualities, between himself and his creations.Yatzer is content to present Sruli Recht: a designer certainly worth knowing about.

Sruli Recht, born in Jerusalem, Israel in 1979 and being a citizen of Australia where he lived and worked for many years, he is now based in Reykjavik of Iceland. He studied Fashion Design at Royal Melbourne Institute of Technology in Australia where he subsequently commenced and developed his career primarily as a experimental fashion designer, whereas he then moved on to other forms of design through which he could channel his natural artistic spirit.

Sruli Recht’s scope of work encompasses today various forms of design whereas it has attracted awards and partnerships with mega-names such as Alexander McQueen for whom he contributes as pattern-cutter and show piece maker for the brand’s fashion collections .Besides this, during the past eight years Recht is splitting himself among Film and Video installation costume, R&D of high-tech fabrics, creative direction and consultancy for fashion labels in Austalia and Iceland as also as numerous Made to Measure design projects.

However, because as much as we try to tell you in order to convey to you the distinctiveness of this designer and ‘creative distortion’ of his design culture will not have the same effect as each one of us personally perceives, we chose to present you a range of the designer’s monthly ‘Non-products’ so as to obtain a taste of what Yatzer sensed this time;

THE ARMOURY / VOPNABÚRIÐ
The Armoury is a concept store situated in retrofitted location of the abandoned fisheries of Reykjavik’s Fishpacking district (Iceland). This remote location was picked intentionally so as to control the customer traffic and be able to offer one –to one customer service.

The Armoury’s merchandise carries Sruli Recht’s monthly ‘Non-Products’ – a growing collection of items caught somewhere throughout product design, weapons manufacturing, worn away tailoring and shoe making processes.
Every month a new product is being presented in the store ranging from umbrellas to bulletproof scarves, tables, bags to belts and boots, and incorporating such materials as concrete, diamonds, skin and wool. The store also carries Megan Herbert’s illustrations and lately his very interesting work on wrapping papers.

Regarding the interior making of the store – directed by Recht, all pieces used in putting the Armoury together were collected from the store’s now abandoned surroundings, creating installations made of weather worn-shipping palettes, wood scaffolding, old metal frames and other objects that create the atmosphere of a story being told. – a remembrance of the past – a filtered reflection of the surrounding environment.

As you strip away the former layers of the room its beautiful structure and colossal concrete beams emerge and become the grand highlights that define the space.
The high walls are lined with a patterned corrugated cardboard whereas old crucifix-shaped timber girders are hidden above the floating ceiling to support the structure from which the lighting is suspended.

The VOPNABÚRIÐ sign is made from discarded roofing sheets and is cut to shape with a water jet, and to create the colour of the floor mixed a shade somewhere between blood and rust - an overall theme and tone for the store.