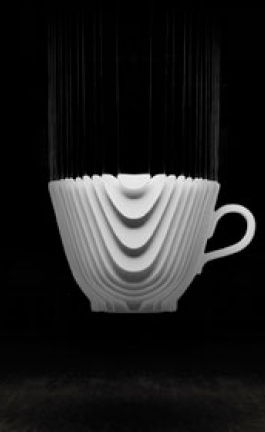 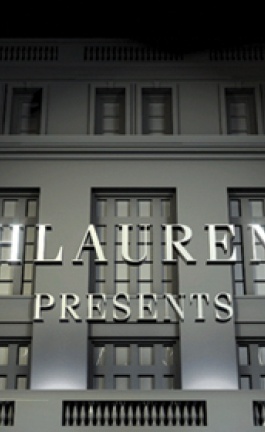 The Sanichaufer headquarters in Luxemburg is an interesting interpretation of two demands, one by the city and a different one by the client. This creates an unusual juxtaposition of two design gestures that are really a clever and innovative solution to the project challenges. The Luxemburg construction laws demand the adaptation of the roof type of the adjacent building to at least a sixth of the facade width of the new roof line. On the other hand, the client wanted a cubic extension with a flat roof. How to satisfy both demands? This dichotomy has two perspectives and the firm dagli + atélier d'architecture out of Luxemburg had to marry both to deliver a successful solution.

The sixth of the facade extension now becomes a series of bands in grayscale colors that follow the roof line to the facade and create an opportunity for a new design vocabulary that not only manifests itself in the exterior but also penetrates throughout the interiors. The grayscale bands move, lead and bend on the interior walls.  Old construction plays against the new facades; bright white contrasts the old colors and textures. The angularity and geometry is further re-inforced by the selected linear recessed strips of light.  The success of the space shows of interior and exterior work together; the beauty of big gestures and simple color creates a timeless design.  The areas where the two meet seem quite simple and only need a quick glance before your eye is drawn back to the gradient pattern that wraps the facade and manifests itself in the interior space.

The angles created by the grayscale gradient are balanced by the geometric, organized line of windows that fill each level of the building.  These shades of gray introduce movement and draw attention to the rooftop office which features state-of-the-art heating and air-conditioning.  The designers considered energy savings and efficiency in the design; the rooftop design playing into this as the showroom location for the company headquarters.