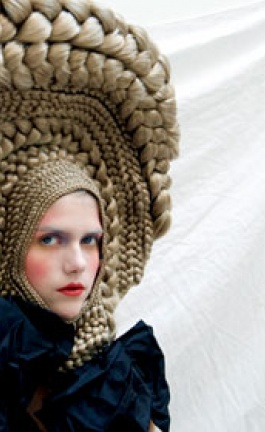 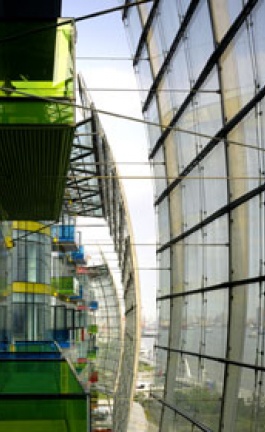 Organizers of the 2010 World Expo, as well as construction workers are busily working towards being fully organized for the planned opening of the 2010 World Expo in Shanghai, China on May 1, 2010.   The specific event is planned to be the largest World Expo in history ever since it began in 1851 with the Great Exhibition at London's Crystal Palace. The theme of the Expo is "Better City, Better Life", and is scheduled to run until October 31, 2010. For the past few months, large construction and renovation projects have dominated much of Shanghai, in preparation for becoming the World's stage on May 1st. Up to 800,000 visitors are expected each day - a total of 70 million visitors in all visiting exhibitions from nearly 200 participants around the world.

Sponsored by the Bureau International des Expositions, the Shanghai Expo will be the largest the world has seen till this day.  The Expo is staged on a 5.28 square kilometer city center site beside the Huangpu River, and features pavilions which represent the ideas and cultural and commercial ambitions of more than 200 countries and international organizations.

The UK Pavilion at the 2010 Shanghai Expo expresses British creativity and environmental engagement at the biggest event of its kind since the Expo phenomenon began in 1851.  The UK Pavilion has been designed by Heatherwick Studio, which is led by the internationally-acclaimed English designer Thomas Heatherwick,  His design team won the Foreign & Commonwealth Office (FCO) commission to create the Pavilion following a competition that attracted a shortlist of ambitious architectural proposals from other teams.

Heatherwick Studio’s initial design strategic approach for the UK Pavilion established three aims to meet the FCO’s key expectation that the pavilion should become one of the five most popular attractions at the Expo. The first aim was to design a pavilion whose architecture was a direct demonstration of what it was exhibiting. The second aim was to ensure a significant area of open public space around it so visitors could relax and choose either to enter the pavilion building, or see it clearly from a calm, non-queuing vantage point. And thirdly, it would be unique among the hundreds of other competing pavilions, events and programs.

In collaboration with other design teams Heatherwick Studio developed a design concept where the UK Pavilion explores the relationship between nature and city. After all London happens to be the greenest city of its size in the world; the UK pioneered the world’s first ever public park and the world’s first major botanical institution, the Royal Botanic Gardens at Kew.  What a better way to advertize the UK with a rather unconventional approach, the Seed Cathedral.

On a 6,000 square meter UK Pavilion site sits the Seed Cathedral carefully centered.  The Seed Cathedral is 20 meters tall and is formed from 60,000 slender transparent fiber optic rods.  Each fiber optic rod is 7.5 meters long and encloses one or more seeds at its tip. During the day, they draw daylight inwards to illuminate the interior. At night, light sources inside each rod allowing the entire structure to glow. When the wind blows the optic “hairs” gently move as they create a dynamic effect for the viewers.    Inside the darkened inner chamber of the Seed Cathedral” the tips of the fiber optic filaments form an apparently hovering galaxy of slim vitrines containing a vast array of embedded seeds.”

The fiber optic filaments are quite responsive to exterior lighting circumstances and any fluctuations in the exterior natural lighting are experienced as an unpredictable luminosity.  With the Seed Cathedral, Heatherwick Studio intently wants to create an atmosphere of admiration, respect and worship about the collection of the world’s botanical resources.   However, having achieved such a spectacular Pavilion what sounds best of all is that it was the British government’s intention that most of the materials of the UK Pavilion will be reused or recycled at the end of the Expo.