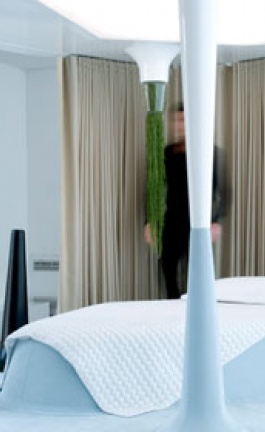 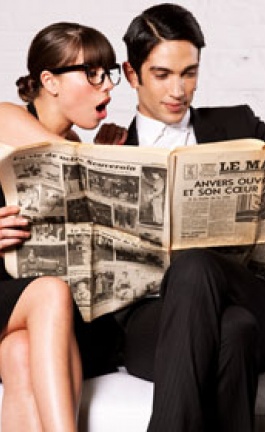 Quinze and Milan for Eastpak

Veuve Clicquot is no stranger when it comes to working with world renowned designers on the most contemporary design projects.  Such was their collaboration this year with the distinguished designer duo Fernando and Humberto Campana.  This year, Veuve Clicquot commissioned The Campana Brothers and Mathieu Lehanneur to design projects which would be exhibited at Zona Tortona at Milan Design Week 2010 and would later be installed at The House of Veuve Clicquot, Hôtel du Marc.

For those who are not familiar with Hôtel du Marc, Hôtel du Marc is literally the House of Veuve Clicquot rather than a hotel; the VCP family prefers to see this unique hotel not like a hotel but as a house for the VCP family, its members and its friends.  For the past two years this exquisite building has undergone renovation work and is scheduled to reopen its doors in 2011.

The Campana Brothers were asked to create a modern day, contemporary version of a gloriette.  A gloriette comes from the 12th century French for “little glory,” it is a building in a garden which is often in the form of a pavilion more or less open on the sides.  With respect to the atmosphere which Hôtel du Marc is intended to convey what a better way to celebrate the “art of playful conversation and the enjoyment of good food and drink” in the 19th century French gardens than to design a gloriette?

The gloriette is ideal design piece which is intended to bring people closer, a construction which is dedicated to outdoor tasting in the 19th century French gardens.  According to The Campana Brothers they approached the design of the gloriette from a different perspective as the scale of their design is different from the ones which they have been used to working with.  The scale of the gloriette is that of an architectural scale design according to Humberto Campana; gloriette’s where very popular during art nouveau and they wished to create a version which is inspiring and very different from its actual design.

The Campanas wished to “give a second skin to the materials used.”  The design of the gloriette is given by the fluidity of champagne, the bubbles, and the elegance which the product itself conveys.  The pergola of the gloriette represents the rise of the bubbles in a champagne glass, offering a transparency of the interior with the exterior.  In any case, The Campana Brothers wished to design a place for relaxation close to nature where one can enjoy the sun.  The two brothers from Brazil have made their reputation through freely thinking inspirational designs while breaking the rules and creating unconventional design pieces since the 1990’s.  “Sharing the same sense of humor and poetry, luxury and craftsmanship, not to mention the high spirits, as Veuve Clicquot, who better than The Campana Brothers, born in the midst of nature, could possibly design a gloriette beyond all compare?”