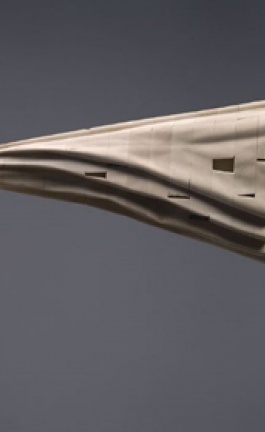 The dark celebration of Gehard Demetz 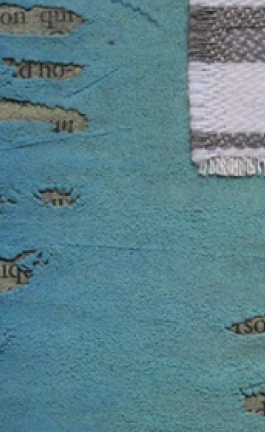 Compact yet roomy, this clean simple shape and form design with innovative packaging ideas and clever technology is no other than the 021C concept car by Marc Newson for Ford Motor Company.  It was presented in 1999 at the Tokyo Motor show, and today ten years later design junkies love it!  So does the target group for which it was intended, for young drivers up to 21, not that I wouldn’t buy it, and trust me 21 was a long time ago!  Okay not so long actually, six years ago!

When the car was unveiled before the eyes of the public at the Tokyo Motor Show 1999, this car was universally scorned!  Part of the critique and the blame was aimed at the Group Vice President of Global Design and Chief Creative Officer for Ford Motor Company J. Mays who decided to try an experiment and work with a designer outside of the company on a concept car.  Mays chose Marc Newson who had been designing furniture and products successfully, but had never designed a car before. The audience found the design to be very eccentric and odd that it got to a point that people just didn’t understand it.  It was perceived design wise as toy-like, boxy, and almost anti-designed.  Okay and we do agree on boxy and toy-like, so what’s wrong with that?  Wrongly to my belief, the 021c was quickly hidden away and not shown again.

However, Newson who is a talented and appreciated designer worked with a team of modelers and fabricators at Ford to complete this project.  His original idea was to create a simple and affordable stylish urban vehicle, which would be eco-friendly as it spent very little on gas.  On the contrary in 1999 big cars and SUV’s were starting to saturate the global automotive market.

The car had some attractive and very appealing features; it was compact yet roomy and had been designed to be easy to live with due to the inventive features such as rear hinged rear doors, swivel seats for easy entrance and egress, a slide out trunk instead of a lift up lid, and push button four speed automatic transmission.   The car was constructed from carbon fiber, while the exterior is of minimal design with clean simple shapes and surfaces.  The cabin is set back slightly on the body of the car which allows the 012C to have a unique profile somewhere between a small sedan and a hatchback.  The cars model 021c has been named by Newson after his favorite Pantone color.

The cabin has a spacious and airy feeling due to the slim pillars and a large glass area.  The spacious interior features a completely flat floor which curves gently to meet vertical surfaces such as the door trims and mirrors the way the roof incorporates into the window surfaces. Thus the 021C's occupant volume is housed within the body structure like an egg in an eggcup.

Prestigious Italian furniture manufacturer B+B Italia have produced the front seats which were made according to Newson's design.  The seats appear as one piece, but the squab pivots inside the backrest allow for adjustment. The entire dash panel can be moved - along with the steering wheel - on its vertical axis to allow for different height drivers. The twin Ikepod instrument dials in the center of the dash can be rotated in their sockets via a joystick control to the optimum position. The interior is finished in an astonishing combination of orange, silver and white and features a variety of textures and materials, including aluminum and rubber. Virtually every element, from the specially woven carpet to the analogue instruments made by the Ikepod Watch Company, have been designed by Newson.

The Ford 021C is powered by a 1.6 litre Ford Zetec-SE engine driving the front wheels through a four speed automatic transmission. Gear selection is via push buttons on the specially designed steering wheel. Front suspension is MacPherson strut, while at the rear is an innovative and compact double wishbone system which features horizontally mounted coil springs and dampers.  Brakes are disc all round, and large 16-inch wheels fitted with bespoke graphite colored Pirelli tyres give the 021C a sporty stance.

Marc Newson is an Australian industrial designer of Greek origin, who works in aircraft design, product design, furniture design, jewellery and clothing. He incorporates a design style known as biomorphism to his various designs.  Biomorphism is an art movement that began in the 20th century and focuses on the power of natural life and uses organic shapes.  This style uses smooth flowing lines, translucency, transparency and the absence of sharp edges to create a beautiful and ergonomic design.  He has worked with Cappellini, Ikepod, Ideal Standard, Magis, Biomega, Samsonite, Tefal, Alessi, Ford Motor Company, G-Star Raw, and Quantas airlines among others.