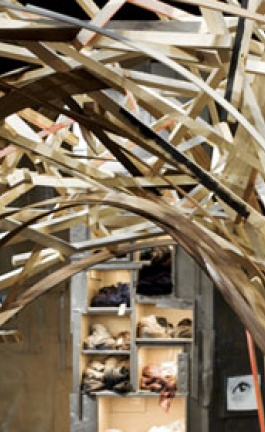 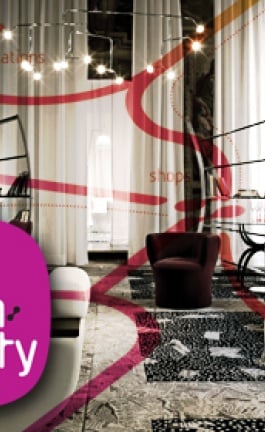 mis·take // n.
1. An error or fault resulting from defective judgment, deficient knowledge, or carelessness.
2. A misconception or misunderstanding.

Mistakes are part of human nature; we learn from our mistakes!

Practically, starting off with a mistake is the worst possible beginning; but somehow it seems familiar!  Experts would say that by starting off our introductory paragraph with such a common phrase, a cliché used ad nauseam, we are not on the right track. Therefore, we are making a mistake!

"If I had my life to live over... I'd dare to make more mistakes next time". βÂ¨Nadine Stair

And for the gazillions of mistakes which have been made throughout eternity someone wanted to celebrate it!  Therefore, they created the exhibition The Beauty of the Mistake, to celebrate the mistake.  The exhibition is curated by PuppenHaus a cultural association created in 2007 by, Felipa Almeida, Christina Bravo and Joana Astolfi. PuppenHaus wanted a mistake which cannot be corrected by an eraser, white out, or any type of corrective method which has ever been invented.  An ode to our mistakes a thank you from us to them because from them man has made progress and achieved significant discoveries, man has created history.  Our mistakes have been our path to learning and wisdom.

The exhibit aims for each and every one of us to discover our own perspective regarding mistakes and why not others.  A drive of curiosity, an urge to learn and understand, to share our love for detail, life’s subtleties. And yes, maybe even due to a certain amount of voyeurism.  The need to share instead of hide; with this concept in mind artists were invited to think about their mistakes and perhaps the beauty found within them.  Every artist was willing to share their failures, accidents and consequent discoveries. The objective of this exhibition is to leave from the gallery after having visited “The Beauty of the Mistake”, and face your mistakes with a smile!  Then they will have definitely failed their purpose.

By the way, throughout the text I was very tempted to make a mistake.  Just for the fun of it…maybe it was my mistake for not having done so! Mistakes are and will be a part of our lives but it’s the only way you’ll ever learn!  If you don’t make enough you just won’t learn!   I couldn’t agree more with Nadine Stair…and with the people of PuppenHaus who are behind the successful concept of this exhibition. Very thoughtful, very creative and yes mistakes do deserve a thank you from all of us!