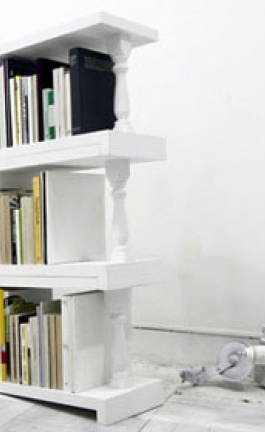 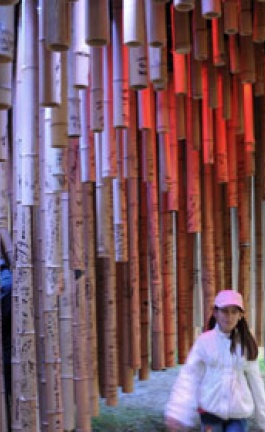 “Chen House” is situated in the remote Datun Mountains of North Taiwan – on a former Japanese cherry farm. Built for a retired couple, remarkable attention was given to the location and the aesthetics, the above combination works as a synthesis of traditional design modified to contemporary living. This bioclimatic house is designed and built by C-laboratory a Finnish based research - design & build co-operative of architects, artists and social scientists working freely in-between architecture and other disciplines of art and science within the general framework of built human environment. According to C-laboratory they realize ultra-ruins, cross-over architecture and finally the Third Generation City.

Bioclimatic architecture refers to the design of buildings and spaces based on local climate, aimed at providing thermal and visual comfort, making use of solar energy and other environmental sources. The Chen House is a great example of such architecture as is it was designed having a vessel in mind to react accordingly on the demanding wind, flooding and heat conditions on the site. The house is oriented to the north and the south, with a terrace on the north and access to the roof on the south. The East and West facades of the house have selective openings which are tall and linear. The house is built on heavy concrete blocks at a raised level above ground, allowing the water to pass beneath it in case of flooding. It is such an adaptive and responsive entity which takes full advantage of the cool breeze from the Datun River during the hot days, and lets in the small winds circulating on the site between the fresh water reservoir pond and the farmlands.

Keeping in mind the axis of indoor and outdoor functions of the house the different living spaces are connected by a flexible movement. For the stabilization of the wooden structure during the frequent typhoons and earthquakes the smaller bathroom and kitchen unit act as a kicker (a piece of wood which is attached to a formwork member to take the thrust of another member). Due to the frequent earthquakes and typhoons the house is not a non-flexible construction, but a rather flexible one. Its aim is to not close out the surrounding environment, but rather designed to provide the farmers with the needed shelter. Mahogany wood was used for almost every surface of the construction of the house, both interior and exterior, apart from the fireplace and the bathroom. The auburn color of the wood is in correlation with the surrounding color of the soil and combines perfectly with the lush plantation.

“Ruin is when man-made has become part of nature. With this house we were looking forward to design a ruin” – C_Laboratory.

In a dream last night
I saw a great storm
It seized the scaffolding
It tore the cross-clasps
The iron ones, down.
But what was made of wood
Swayed and remained.