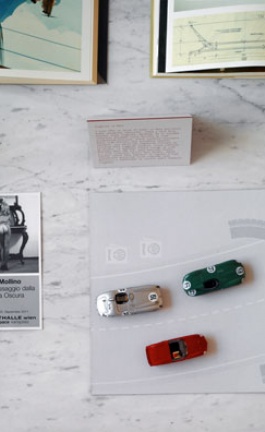 A Tribute To Carlo Mollino by OKOLO 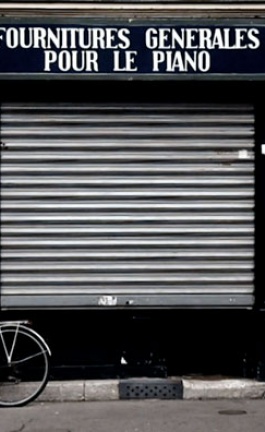 A recent trend in hotel architecture and design has shown the surrounding environment to have a strong influence on the exterior design of a hotel.  Recently there has been an effort on the part of the architect to seamlessly blend the façade of the hotel with the cityscape of the surrounding community.  It has been important to the architects to maintain the 'vibe' of the atmosphere.  Because of this continuity the interior design has taken a different direction, making an effort to surprise the guest when they walk into the doors.  More and more interiors are becoming their very own ''wonderlands'', a world different from the streets outside.  We saw this in the case of the nHow Berlin -and while Yatzer doesn’t play favorites, one wonders if this trend is here to stay.  In a natural progression in playing around with this concept of letting the outside in, or keeping the outside on the outside, relationships between the hotel and its surrounding neighborhood is currently one of great weight. THE EXCHANGE Hotel in Amsterdam spun the idea and decided to incorporate local artists and brought in the brilliant students at the nearby Amsterdam Fashion Institute.  The hotel gave the students the opportunity to 'dress' the rooms, each student responsible for designing the rooms.

The Amsterdam Fashion Institute (AMFI) is one of the largest fashion institutes in the world.  In early 2010 eight young fashion designers from AMFI were chosen to 'dress' hotel rooms.  Before ''dressing up'' began, fabric designs took form under the tutelage of Dutch Studio INA & MATT in cooperation with the Dutch Textile Museum. They turned the hotel into their very own art studio, designing these rooms into inspiring, one of a kind spaces where fashion, design, and architecture come together in the most unexpected and exciting ways.

This project is a part of an ultimately larger 'creative renaissance' that is taking place on the streets of Amsterdam.  THE EXCHANGE hotel is located on one of Amsterdam’s oldest and most famous streets, the Damrak, also referred to as the Red Carpet of Amsterdam.  Because the Damrak had become so run down, it is currently at the epicenter of an urban-renewal project focused on giving the Damrak an updated, diverse, and more of a high fashion look.  Adjacent to the Red Light District (which has also recently been the recipient of a major face-lift) and amidst colorful tourist shops, burger joints, and shawarma windows, the hotel faces one of the most gorgeous buildings in Amsterdam, the Amsterdam Stock Exchange.  This building is known as THE masterpiece of modern architecture, built from 1898-1903, and is the building for which the hotel is named (the same goes for the restaurant inside, Stock, and the mini International department store, Options).  In a further effort to clean up the Red Light District, Amsterdam is instead associating the area with the creatives of their city and they have given many storefronts and shops, many former brothels and sex shops, to young fashion designers and photographers.  Art studios and bohemian shops have given a new face to the Red Light District, a truly remarkable effort on the part of Amsterdam.  It is now known for its fashion and not its seediness. The artistic class that has moved into the area has given the surrounding neighborhood of THE EXCHANGE a progressive bohemian vibe that everyone is happy to be a part of.

The concept of THE EXCHANGE comes from design team Suzanne Oxenaar and Otto Nan, the same team behind the Lloyd Hotel & Cultural Embassy who seem to have a knack for taking downtrodden areas of Amsterdam and turning them into the new 'hip' spot.  Located in three buildings, THE EXCHANGE is home to 61 rooms, each ranging from 1 to 5 stars (The amount of stars measures the size of the room and the amenities available in that room).  Each room completely different from the next, you have the Marie Antoinette inspired room with an enormous dress draped over the bed, or braided fabric that hangs from the ceiling in another room.  Eyes on the walls, sewing machines for you to 'sew your own' design, or a room inspired by the 'Emperor’s New Clothes' where there is always a 'surprise'… the camouflage room is a favorite.

It is an exciting time in the city of Amsterdam. There is a lot happening from a creative perspective, a huge overhaul of their Red Light District as well as the Red Carpet of the city, the Damrak, and a transformation that is hoping to make Amsterdam a fashion city. THE EXCHANGE Hotel in Amsterdam is a big part of this creative rebirth, a  hotel designed by the up and comers of the Dutch fashion design world, a group that is sure to reappear on the Yatzer radar again