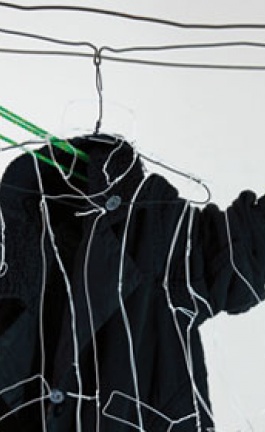 Synergy of Art and Fashion by Cara & Co 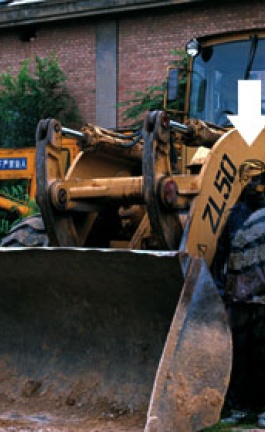 The house reveals its true temperament when it is seen from among the gravestones of the upper section of Highgate Cemetery; the building opens up to the lush and sprawling graveyard through glazing and elevated balconies.  Elliot House replaced a building which was constructed in the 1970s, which was found to be at risk of structural failure.  The site was originally sold off by the cemetery many years ago; the graveyard is home to Karl Marx, Christina Rossetti, George Eliot and the graves of many other writers and artists.  The gothic character was amplified after becoming abandoned and overgrown in the 1970s; today, it is in the hands of the Friends of Highgate Cemetery.  Furthermore, during the construction procedure and the uncluttering of the cemetery, Elliot discovered that the grave of his own great grandfather – who he always assumed had been buried in Scotland – was just thirty feet away!

Elliott House is a four storey building which has been designed on a slope; it takes full advantage of the sloping landscape and maximizes the linkages with the graveyards landscape by arranging the program of the house.  By doing so, Eldridge-Smerin Architects have placed the main living spaces on the last floor.  The main living quarters consist of both communal and private spaces; an open plan kitchen and dining area which features a retractable roof, but also opens up to a furnished balcony, a study and a master bedroom are also situated on the upper floor, creating an autonomous living area for travel photographer Richard Elliott.  The other floors are mainly used by Elliott’s visitors, a large living room on the second floor with large openings that reach out to the landscape, guest bedrooms on the first floor, and a home cinema in the basement.  According to Richard Elliott who was also trained as a chartered surveyor apart from being a travel photographer, “the design was all about making the most of the views and the environment around the house.  The position of the house by the cemetery is by far the most important consideration and we really wanted to embrace that.”

The program has been developed in such a way that the upper floor is an autonomous living space where Elliott can spend most of his time; the kitchen has been also positioned on the top floor along with a dining room as Elliott finds it “the most communal space of any house.”  The white lacquered double-row kitchen with the stainless steel countertops and the retractable skylight blends in nicely with the poured concrete walls and ceiling which have been used throughout the house.  Large glass window openings bring an abundance of natural light into the concrete interior giving it a vibrant character.  Eames Vitra Wire Chairs DKX-2 have been used to compliment the interior Opus Magnum dining table while Eames Vitra Wire Chairs DKR have been used for the balcony table, in addition two white Vitra Panton chairs by Verner Panton allow for visitors to sit and ponder the gothic cemetery.  A study desk in glass is a bespoke piece, designed by Eldridge-Smerin and made by Italian manufacturer Santambrogio. While the floors throughout the house are large black granite laser cut squared tiles, with some glass floor openings by Compass Glass.

A concrete U type staircase leads to the living room creating a play of light between the concrete stairs; a pink neon light strip adds a modern touch throughout the stairway.  The living room which is located right below follows the same interior concrete design scheme, the floors are again large black granite laser cut squared tiles, while a French (sourced from Diligence, London), steel fireplace hangs in the space.  Flap Sofa in black leather by Edra and a Ligne Roset Togo Relax lounge chair set the design tone for a relaxed, chilled out living room, where Elliott’s visitors can enjoy happy and serene moments while pondering through the large window openings to the land of the dead.

A sustainable environmental approach allows for not only the strong use of natural light and the benefits of solar gain from the south facing windows, but also includes natural ventilation techniques for summer cooling and a green roof.  The embedded energy within the concrete was lessened by using a local supplier that makes good use of recycled material while the concrete floor pads also help to regulate the temperature of the house. Triple glazing windows add to the thermal efficiency of the building.

Despite the character of this astonishing home, with the distinct and contrasting elements, Elliott House manages to open itself to the majestic gothic landscape of the dead through the large glass window openings.  Although the house itself has no gothic elements, the tone set by the black granite and the cement application in the interiors have set Elliott House as one of the modern landmarks in this part of London, having it already picking up new architectural awards for Eldridge–Smerin.