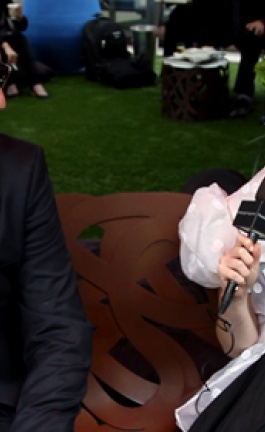 The 'new intimacy' with Microcosmes 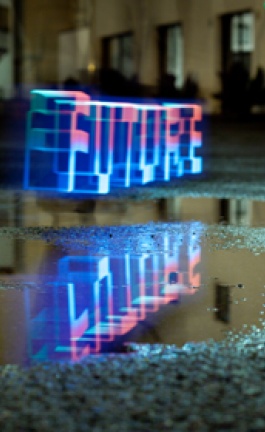 Making Future Magic with an iPad

Nowadays, in our modern high tech society we all tend to write on the laptop a lot, whether its work related, or sketching on a CAD program, or just chatting with some friends online.  However, no matter which CAD program one might use, no matter, how much typing we do per day nothing relates to using a pencil.  I know it might sound very old school and quirky, but when talking on the phone you draw squiggles with a pencil, when an idea pops to mind and you have to sketch it out you use a pencil!  Others, such as people like me have a pencil collection, and although one life is not enough to use all the pencils I’ve collected and I don’t even dare sharpen my pencil collection I guess the only person I would trust them to would surely be Dalton Ghetti.

Despite the fact that he would sharpen them, make them small, and create tiny like sculptures on the pin point of the pencils, I would be very happy because what he does is just amazing!  Dalton Ghetti creates sculptures on a tiny scale; the Bridgeport, CT artist/carpenter creates incredibly detailed miniature sculptures on the tip of a pencil, on the graphite.  A carpenter by trade, Ghetti carves the graphite of the pencils in his spare time often putting in just an hour or so of his spare time before his eyes go weak and tired.  The process of creating micro sculptures is a rather time-consuming one, as it can take him years to complete a complicated piece; for instance the linked chain pencil sculpture took him two years and the giraffe took even longer!

Dalton Ghetti, likes to see what he does much like a hobby rather than work; a hobby which dates 25 years, he works when he is inspired to do so and doesn’t force himself as this isn’t his main occupation.  To create these astonishing micro-sculptures Ghetti uses crafting tools such as razor blades and needles, but also a magnifying glass.  We shall not forget how hard it is to work with graphite, as it is fragile and breaks as we sharpen it imagine if we were to sculpt it for endless hours!  The process of carving out the lead to create the desired figure removes tiny specs of dust, Ghetti reported that “if there’s a little bit of dust on my table at the end of the day and I didn’t break it – that’s a good day’s work.”   Over time Ghetti has broke quite a few of his fragile works, what he does is keep them in what he refers to as the “cemetery collection.”

Forty-nine year old Ghetti doesn’t sell his creations, however some were lucky to view his entire work which was on display through August 29, 2010 at the New Britain Museum of American Art as part of its "Meticulous Masterpieces" show.  Currently,  among other project Ghetti is slowly carving a graphite tear for every “9/11 victim, finishing one each morning before he goes to work, and estimates it will take him ten years to finish and display them all together.”