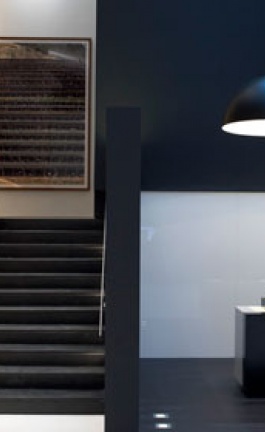 The Met Hotel in Thessaloniki 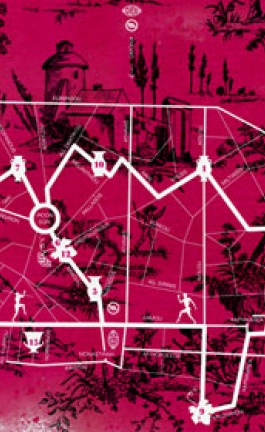 Mastihohoria (Mastic Villages) is a series of photographs by Stratis Vogiatzis dedicated to the villages of the Greek island of Chios, which is famous for the production of mastic, a resin obtained from the mastic tree known as the "tears of Chios". His book “Inner World”, published in 2009, unveiled the amazing world of those traditional villages that once based their whole existence on the valuable crystal “tear”, shed every year by the infamous mastic trees.

Stratis Vogiatzis is a Greek photographer born in Chios. Self-taught and talented, he has been working as a freelance photographer since 2003 engaging himself in various projects both in Greece and abroad. He has covered stories in Kosovo, India, Beijing, Morocco, Iran and Palestine, among other places, always showing an interest in refugees, NGOs and minorities. His studies on political and social sciences and his volunteer work in different places around the world go hand in hand with his projects as a photographer. In 2003 he participated in the photography book on Kosovo refugees, published by the United Nations High Commissioner for Refugees [UNHCR].

“Mastihohoria” is a different project taking into consideration Stratis Vogiatzis’s bond with the island. Looking closely at his photos one can sense the emotional power of a photographer who is looking back into time and space of the abandoned villages of his own birthplace. The journey for the completion of the project might have lasted for 2.5 years, but it transcends the sense of an ongoing lifelong journey between the photographer and the Mastic Villages. His photographic journey into the inner world of the Mastic Villages was not only a journey of images, colour and light. It was a journey into his own inner world; a world of memories.

Stratis Vogiatzis himself describes the whole project as a mystic experience. At the beginning, however, his approach was simply architectural. Gradually the colours of these villages amazed him, evoking his senses. He was overwhelmed by the energy, peoples’ stories and by the objects’ souls. A meditative aspect was ascribed to the photographic procedure, as he remained in some houses for hours until the right moment for the right “click” arrived.

Presence of colour. Absence of people. Or should we say presence of people? Behind every absence there is a hidden strong presence. Despite the fact that most places are uninhabited, at the same time people are everywhere. You can see them in the perfect and simple arrangement of the objects around the house, even imagine them sitting around the table or cooking.

Every room in this album is a portrait of its owner.

In the introduction of the "Mastihohoria-innerworld" book, Giorgos Pittas wrote:
“Tranquility, simplicity, humbleness, no bragging or arrogance, emerge from Stratis’s photographic world, thus conveying to us a message, which is crystal clear.”

Yatzer could not agree more.