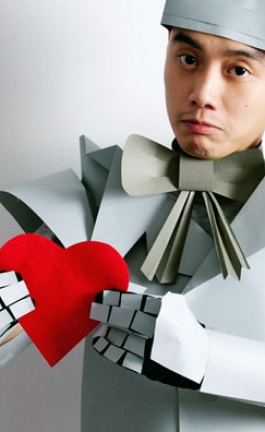 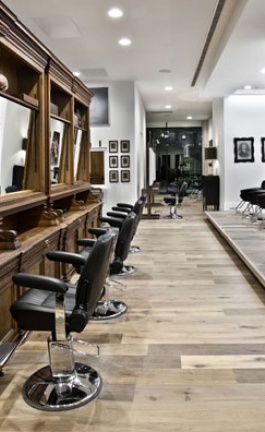 William O’ Brien Junior is no stranger to the architecture world. Amongst all of his qualifications, he is also an Assistant Professor of Architecture at the MIT School of Architecture and Planning, and a principal of an independent design practice in Cambridge, Massachusetts. His practice was recently awarded with the 2011 Architectural League Prize for Young Architects and Designers. Last year, he was a finalist for the MoMA PS1 Young Architects Program, and was recognized as an inaugural winner of the Design Biennial Boston Award. William O’ Brien Jr. is one of those young architects that influence the field with progression and a deeper motivation to computation.  His awards, publications and contributions are endless. Some of these include teaching at the University of California Berkeley as a Bernard Maybeck Fellow, Assistant Professor at the University of Austin Texas, teaching at MIT design studios in both the graduate and undergraduate programs, the 2010 Rotch Traveling Studio Scholarship and he has also published a collection of essays such as ‘Approaching Irreducible Formations’ & ‘Experts in Expediency’. William O’ Brien Jr. was destined for the world of architecture and we wanted to share one of his destinies, with you.

Twins is a project located in upstate New York that commenced in 2009 and was completed in 2011. It consists of two vacation houses on one plot of land constructed in five parts for two brothers and their families. The conceptual thinking behind these structures is truly impressive. Great detail has been given to the forms in relation to the landscape. Each house is made out of five shapes, which have been minimally dissected and rotated to fit within the plot. The mathematical principle of “dissection” states that any two regular polygons with equal areas can be divided into sets of similar shapes; “minimal dissection” is the pursuit of the fewest number of subdivisions in each polygon. A regular six-sided polygon and a regular four-sided polygon contain the same five shapes—each are made up of the same four trapezoids and one triangle. The adjacencies between the five shapes are different within each of the regular polygons, as are their orientations relative to the outer perimeters of the polygons. Translated into spatial divisions in an architectural plan, these fixed arrangements prompt sectional-flexibility.

The prime relevance between these two structures is what makes the whole volume balanced and completely in line with the landscape. Their abstract forms are part of these structures which, through this mathematical key connection,  hey harmonies one another. Programmatically, the pairs of parts are used similarly between the two houses, although each programmatic piece utilizes its unique adjacencies. For example, the triangular space is used as a vertically-oriented, sun room in the center of the square house, and as a landscape-oriented, screened-in porch in the hexagonal house.

Moving away from the structures and looking at the surroundings, you instantly notice how these two houses have been designed accordingly retaining the relation between architecture & the environment. Water collection is achieved through the angled roofs directed to a subterranean piping system between the residences. The agricultural development of the land varies according to the season. With this variation the relation between the two houses also alters according to the height of the plantation, the colour of the landscape and the thickness or bareness of the trees. Everything has been planted, created and designed in order to enforce the communication (direct or none) between the residences according to the particular time of the month. Nature takes a prime role in deciding how much you see of your loving neighbor and when.

On the inside of these houses the same rules apply. They follow the forms and connections to the outside. Large glazing systems invite you to look onto the landscape and through the glazed reflections, you never fail to harmonise yourself with nature. Pure whiteness, exposed concrete and wood are the prime finishes and materials used everywhere thus keeping the natural balance apparent. Simple and elite balustrades that almost hide their existence indicate the prime importance given to the structure and all that surrounds them. In this way, the residents are continuously reminded of the serenity of the trees and the sound of water. It’s about the simple things in life which can be as easily achieved sometimes by placing a Vitra Jean Prouve arm chair facing the window. Dynamism is apparent through the angular partitions creating enough of a contrast to be appreciated. There is so much meaning in the surrounding factors that it is almost as if the project’s interiors have been left to take everything in. The sloped ramps creating different levels are reminiscent of the plot of land just outside.

Through his works and his examples such as his site, were William O’ Brien Jr. lists all his team members past & present, we understand that we have come across a man were architecture is a form of life not just a profession. He designs it, teaches it, writes it and appreciates it. Greatness comes through passion and William O’ Brien Jr. is passionate about Architecture and for that we are grateful.