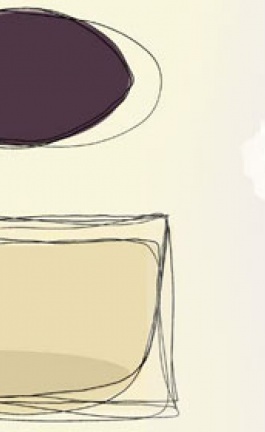 The fashion drawings of Michael Sanderson 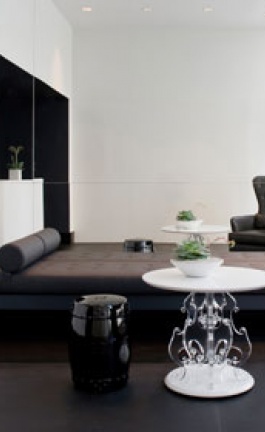 It’s amazing to see people around you who actually knew what they wanted to do in their lives a year or two after taking their first steps and were driven by an inner passion!  Such is the case of Kossi Aguessy.  Of course you’ll tell me that we all made drawings and we all made things with our hands, but very few of us made models of the Egyptian pyramids to building scaled machines!  Aguessy always wanted to create things with his hands.

Aguessy is a designer  who was born in Togo, West Africa in 1977.  Design in Togo means little to most as they had and still have more important needs to satisfy although its economy is strongly based in agriculture.  Aguessy and his family left Togo in 1980 and first went to the United States, however, his travelling did not stop there as he moved to London where he attended Central St. Martins and pursed his Bachelor in Arts.  Upon graduation he left again from London and travelled to Brazil his mother’s birthplace  and ended settling in Paris, France in 1998.  The travelling experience and the cross cultural movement from one ethnic background to another has created and greatly influenced Aguessy to what he is today.  Aguessy describes himself as a “child of Africa, that pays no attention to the boundaries being then the son of a global education with deep multicultural roots.”

His design aesthetics is highly influenced from the various cultures which he has lived in and by their people, human values and strong visual references.  However, from his interview which follows one understands that Aguessy is a person who is deeply interested in world cultures and is not influenced by the cultures which he has only lived in but by the 25 million years of world evolution which has brought us to where we stand today.  His strong passion for archaeology and the influence of universal futurists Bilal and Lucas have made him a  perfectionist in an industry which with difficulty balances between engineering and art.  His passion for creation and his drive for perfection has led him to pass from one mean to another affluently.

Aguessy has a rich portfolio of work with clients such as, Yves Saint-Laurent, Cartier, Swarovski, ST Dupont, Renault, and Branex among others.  With architectural projects ranging around the world; France, Turkey, South Africa and the UK!  After all he is a citizen of the world and truly supports it!  And we’re only half way through, Aguessy already counts numerous collaborations as he uses “furniture machinery at the rate of production,” this industrial artist clearly has no limits!  Art galleries have believed in his talent and his artistic richness to their benefit. After all, he does admit being a faithful workaholic!

We @ Yatzer believe that Aguessy is talented; but talent means nothing if you do not work hard to make the most of it!  We believe that Aguessy is a self-motivated person who has worked hard without boundaries, without limits, who continuously strives for the best as he gets informed and educated in all the fields.   This has led him to create objects which are based on unique concepts and ideas!  We cant do anything more but just wait to see this talented and hard working designer take over the world!

You say that your “aesthetics is influenced by several different cultures, human values as well as by strong visual references;” which culture, which human value and which visual reference influence you the most?
+ I’m born in Africa from a Brazilian mother and a native African father, grew up in NYC, USA, studied in London and now live in the cities of Paris and Rotterdam.
+ I’m the product of a melting pot that crosses continents and époques, I feel as Japanese as French, as American as African. My cultural background is pretty universal.
+ I’m amazed by Human being History /// The antique cultures, The Persian Empire, Roma, The Greek civilization, The Ming Empire in China, the Yoruba or Zulu civilizations in Africa, everything mankind established amazes and inspires me. To resume, my greatest inspiration comes from nature and the 25 million years of evolution that bring us to the point we are today. We are complexity and simplicity, nature and abstraction, the best and the worst. When I look of a beautiful woman or a gorgeous man passing by, when I see a new born child, I feel this incredible power we represent: 100,000 billion cells extraordinary mechanic of joy, love, life, sensuality and pure beauty. This is the strongest visual and intellectual influence I ever had, the supreme inspiration in everyway for me.

Apart from the abovementioned influences have there been designers which have influenced you?  If so, who are they?
As far as I remember, I’ve never been influenced directly by a designer.  I have an unlimited respect for artists like Antoni Gaudi, Leonardo Da Vinci, Ron Arad, Jan Van Eyck, Zaha Hadid, Botero or Picasso. The same respect I have for people as Albert Einstein & Pythagoras of Samos.  I respect those people above their “Disciplines” for what and who they are, for what they gave us, for the strength they had and have to add their piece to human puzzle.  I don’t believe in Disciplines. I believe in Harmony and harmony is a mix of all.  That's why I put all those people at the same level without trying to categorize them as “designers” “painters” or whatever…

While reading your biography I noticed that you mentioned that as a child you liked to create with your hands.  Today, many years later, have you lost the child in you; the child who created with his hands?  Do you rather design or create with your hands?
// Smile //
I don’t think I’ll never loose the child in me, because, this child made me what I am.  The contact of a material, the satisfaction of the achievement, when you pass from the concept to the reality through those wonderful tools our hands are, is unbelievable. Of course as an industrial artist, I can’t do this every time, but I try as often as possible to touch, to feel, to model, to calculate by myself.  Make things more concrete, more enjoyable. A question of feeling.

You strongly believe, and I couldn’t agree with you more, that “the world is what you make of it.”  Where do you feel you stand having done so much at such a young age and would I dare say successfully in my opinion!
There so much left to do, I can’t be satisfied, everyday is a struggle for a better present and future, the choice is to believe or not. I choose to believe.  And I don’t feel like being a particularity, for me, age is nothing but a number.  Comparing to the age of the world we live in, we are all kids, and regarding the 25 million years it took to mankind to be at this level today, we are all old men, any way old enough to create good.  I see myself as a part of a whole, and being successful means for me living in a successful world, a world that cares about itself and the other, a world where beauty and sense create harmony, a world that cares about the present and the future and doesn’t forget its past.  A world of men, that only man can build. We live in what we create and sure, I deeply believe that the world is what you make of it, and I deeply believe that we are smart and talented enough to make it good.

Which childhood memory has struck you the most and have you created a representation of that feeling or moment in your career?  If so, which of your creations best represent it?
I think that every small memory has its impact on our evolution. I’ve been modeled by everyday events since I am a child.  I still remember sunsets over Baia’ s Bay in Brazil as well as the smell of the rain wetting the dry sand in the Togolese countryside.  But one memory that struck me was in front of the Sagrada Familia in Barcelona. From the minute I understood what this cathedral represented, my vision of the “possible” changed.  The “no disciplines” and “no frontiers” feeling I had inside found an image, a projection in Gaudi’s work and today, in everything I do, I think it’s perceptible.  I can’t specially point this or this other one of my creations as representative of it, but it’s always present, as an invisible guideline.

Which project do you feel proud of/ like the most?
None for now, I’m heavily a perfectionist and my pride is still forthcoming.  Each time I finish a project I see the limits of it, and this makes me feel doing better and going farther with the following one.  So the project I do feel very proud of is forthcoming and the creation I like most is still in my head. Once it’s done, I prefer people to make it theirs and like it. This is actually what counts.

I really do want to ask you how you see Kossi in the future; despite the feeling that I got from reading your bio that you live for the moment and not for the future; please correct me if I am wrong.
I definitely live for the future. My philosophy is “build tomorrow today with the cement of yesterday”.  To answer the “how I see Kossi Aguessy in the future” question, I’d say:  somewhere in Patagonia with some horses and a satellite connection to keep working.  Or, on a boat around the world with the same satellite connection for the same reason.
// Smile //

What are you currently working on?
// Smile //
I’m a true workaholic, so on a load of things right now, and world wide, some interior designs in France and the UK, a collection of furniture and accessories launched in September and January in Maison et Objets in Paris, a wine bottle design, again in France, a vases collection in the UK, a scenography project in Brazil, some forthcoming lights and furniture collections in Italy, and of course the current exhibition with my gallery in Paris…
But there still is a lot to do!

Where do you work on your designs and projects?
Everywhere, in my studio, in planes, lost in the middle of nature, and every time,
I always have a pencil and a piece of paper.
// Smile //

Why did you decide to locate in Paris and not in any other European city? What lead you to this decision?
I located in Paris after having lived in London. When I was a kid, Paris was a dream, the city that invented the “Revolution”. Wanted to live and start there and wanted to be part of this revolution I thought somewhere still alive in Parisians heart. I wanted to move on, create, invent.  I deeply love this city. Paris is as a lover who holds your hand and makes your heart beat faster.  Now I share my time between Paris and Rotterdam, it seems like I feel at home everywhere on this planet. I could be in Athens, Tokyo, or Sydney or somewhere lost in Patagonia. Every city, every piece of land has a story to tell. And wherever we are, we can add some lines to this story.

Yatzer’s motto is “design is to share” what is yours?
Ultimate design is not a concept but life