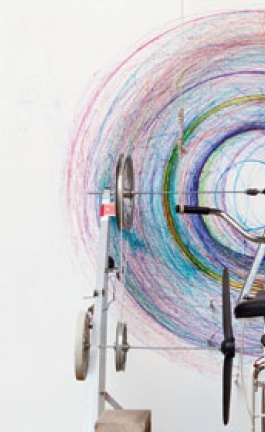 A Touch of Code 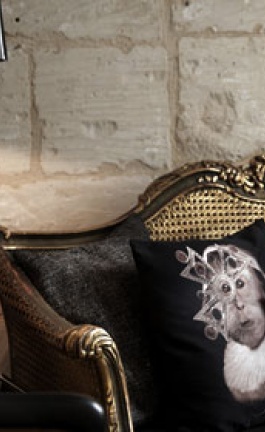 There is no doubt that art should be brought to the world and that artistic expression should be encouraged and promoted at any given chance. After all, art has the strength to make us feel alive and gives a meaningful essence to things that surround us. This 75min DIY documentary film on new art and the young artists behind it which is directed by Isaac Niemand, and produced by ROJO® in collaboration with BossaNovaFilms is a true manifestation of the fact that art and the process of making art should be a shared experience which has the power to sustain a productive dialogue and moves things forward. The trailer will give you a taste of what the documentary is all about. It was filmed on the heat of live action at ®Nova Contemporary Culture which happened in July and August 2010, in MIS-Museum of Image and Sound, and SESC Pompeia, in São Paulo, Brazil. More than 140 selected artists from around the world came together to feature live music & audiovisuals; live performances, video screenings, outdoor art installations, round tables, experimental gastronomy, artist presentations, and many unpredictable social consequences.

Inspiration, collaboration, progress, and mental exploration are the ingredients behind this film, which presents to the public the creative process behind a work of art. Artists speak about their practice and share through this film their thoughts and their attitudes. Young and ambitious, creative and motivated, the artists expose themselves in an inspirational documentary, which pays tribute to each one of these dazzling minds! It proves once more that there is more to the creative process than meets the eye.

About ®Nova:
®Nova is an interactive, full-environmental experience utilizing color, light, textures, music and design, in the form of collaborative and integrated compositions by a wide range of artists from around the world. From hand-made illustrations to large scale murals to modern digital art; moving image to multimedia convergence, art will be made without the limitations or restrictions of traditional format and will rely heavily on the magic of live improvisation. During this constantly evolving and mutating exhibition, the creative process are to be witnessed as an ongoing work in progress rife with experimentation, challenging traditional and contemporary techniques and the bending of modern technology.