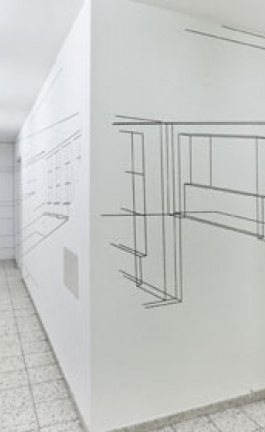 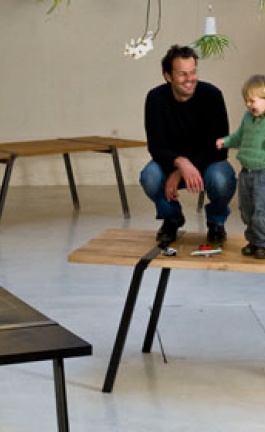 How far have we come? Fire, gas, Incandescent, fluorescent, LED (light emitting diode) and the new frontier, OLED (organic light emitting diode).  In this new era where technology infiltrates our daily routine - waking us, communicating and transporting - we have grown accustomed to constant product changes.  We expect our devices to be improved within months, the size shrinking smaller and also thinner.  It seems we want paper-like attributes but not really paper.  The obsession with this substrate not only leads our communication and entertainment devices but also our lighting devices.  Due to the high demand and the velocity of technological improvements, we seem to be getting closer to the goal of OLED. OLEDs' disruptive technology comes at a great time; this technology offers several properties that have yet to be fully implemented but give us a taste of what's to come.

OLEDs (organic light emitting diode) are solid-state devices composed of a thin film of organic molecules that create light with the application of electricity. Simple, right? What is evolutionary is the they can provide brighter, crisper displays and use less power than conventional LEDs. What is revolutionary is that this will allow for products to alter their physical properties by being extremely thin and flexible. Can you imagine watching the World Cup at a friend's house and rolling up your TV when you go home? Pretty crazy!

The wild bunch at Phillps creative division brings their OLED [Lumiblades] to the market in a new way, sparking innovation and experimentation within the creative community. They have developed do-it-yourself kits and glowing sheets of OLEDs in order to let the creative mind do what it does best: collaborate, experiment and innovate. Phillips hopes this approach to building a product will generate major interest on the ground as they see OLEDs possibilities from its users. Although OLEDs have yet to produce enough lumens per watt to make it a retail product; interior designers, industrial designers and developers in the creative community see OLEDs as an accent material rather than a light source. By adding sensors, programming and utilizing them in the thousands, something new is created.

You Fade to Light is a project collaboration between Philips Lumiblade and rAndom international out of London. rAndom has taken this OLED material and created a kinetic interactive sculpture that behaves and responds to human movement. Composed of 1,024 OLEDs, 1,024 custom structural PCB's (printed circuit board), a camera, computer, some programming and sensors results in a dynamic blend of art, science, technology and design.

This first OLED media wall has a mirror finish as you see them in the thousands. Its appearance looks nothing beyond any other material that could be used to texture an architectural space; it is through human proximity that enables the viewer to engage light in a physical way.  This is one of many ways that OLEDs will revolutionize not only lighting, but our interaction with light and environmental experiences. Enjoy the video and let us know your ideas for other applications for this technology.

London-based art and design collective rAndom International was founded in 2002 by Stuart Wood, Flo Ortkrass and Hannes Koch with a vision to create engaging and experimental art and design projects. Together, the trio’s experience includes working at artist studios such as Olafur Eliasson, Philips Design and the BBC research laboratories, however in 2005 rAndom decided to set up their own permanent studio space in London.