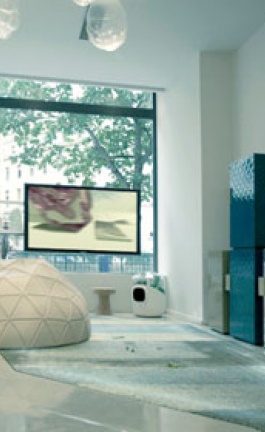 Mathieu Lehanneur at the Laboratoire 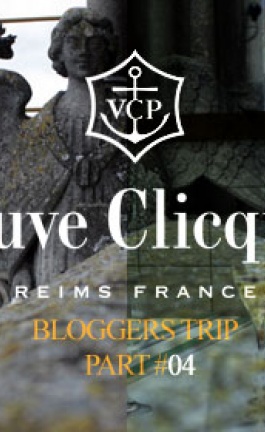 Jordy Fu’s cloud lamps are a fusion between art, design and architecture. She explains that the idea to the lamps emerged from paper models which were created for her architectural projects at the Royal College of Art. When the models were shown at various exhibitions and subsequently were integrated with lighting, many visitors commented their beauty and wanted to buy them. Jordy then decided to transform 1.50 scaled architectural models into lamps which people could enjoy in their homes.

All lamps are handmade and created out of recycled paper says Jordy. She explains that she cut each lamp freehand when it is lying flat and then she folds them up and thereafter sculptures around a light source to create three dimensional spaces.

“I used this method to make architectural models for exhibitions for many years. I don’t see lighting as an additional element to the architecture, but an integrated part of it, driving the relationship between the solid and void, adding life to the architecture. I treat each lampshade as an individual piece; they are all slightly different and personal,” Jordy says.

26 year old Jordy was born in Chengdu in China and was introduced to the world of art at a very early age. She tells Yatzer that She had her first solo exhibition at age of six at Beijing capital museum in China, 1989 and her design work was exhibited at Venice Beinnale in 2006. “My drawings were published into a book when I was seven year old, and then at nineteen years old,” Jordy says. At her webpage www.jordyfu.com she displays her extraordinary drawings from the age of five until present time. It is clear that Jordy is enthused by her homeland and that her love for working with paper has deep roots. “For thousands of years people in China used paper to write, paint and communicate our thoughts, dreams and desires. Paper-cutting is a unique art form, Chinese women use this graceful and intricate media to record the joy and surprises of their lives and decorate their homes”, she says.

In 2003, Jordy earned her BA in Spatial Design at Central Saint Martins College of Art and Design and two years later she also acquired a MA in architecture at Royal College of Art in London.
“I work in-between art, design and architecture,” says Jordy and adds that she besides being the creative director for Jordy Ltd and a design architect for Owings and Merrill Inc, she is a visiting lecturer at Central Saint Martins College of Art and Design and visiting critic at Royal College of Art.
“Design is the process of transforming some aspects of the world for better, at any scale,” says Jordy. She also says that the reason why she became a designer was to make this world a better place. The things that inspire Jordy are cities, people, nature, architecture and in short everything from daily life. Jordy also mentions that she can be inspired by other artists and designers such as Henry Matisse, Andy Warhol, Pablo Picasso, Jeff Koons, Kazuyo Sejima, OMA, Van Gogh, Herzog and de Meuron.

Jordy is right now in the middle of the preparations for the Cloud Lamp Collection spring/summer 2009 and the launch of her new project Cloud Lamp Baby Collection. But she is also involved in other projects such as to make three large chandeliers for Royal Festival Hall, London and a limited edition of Christmas Cards.

When asked to describe an average day Jordy brings in the humor.
“None day is average, everyday is different. I sketch, I paint, I draw, I 3d modeling, I render, I cut paper, I fold, I pin up, I discuss, I redraw, I re model, I color, I run, I measure, I calculate, I merge, I search, I read,I shop, I look around, I sing, I dance.”

Jordy Fu’s Cloud Lamp Collection is for sale at www.jordyfu.co.uk/shop.