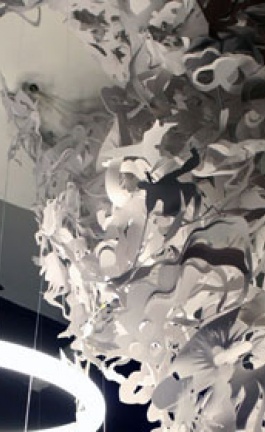 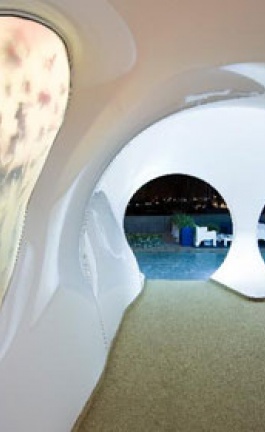 The sunrise brought us an old world classic Bentley parked at the grand driveway entrance inviting us but also intimidating us to approach. A car that incorporates what design stands for. Its exterior lines and presence demands respect its interior smooth leather sitting and bespoke details acquires you to be respected. With this design master we were going to begin writing our last page of our fairytale and like most endings of we were swept away with a carriage that is only fit for our leading prince and princess. tbVCPc

And here comes the #Part4

Our driver Stephane drove us to the VCP laboratory, were all the grapes go through a testing process and even while they are still progressing to ripe they are selected carefully and only the absolute best make the cut for the juice of the gods. After a mythical “Vins Clairs” tasting, where we were demonstrated with the art of blending which presides an exceptional Champagne wine followed one of our favorite rituals.

Lunch time. A great menu was accompanied by a great company Mrs.Genevieve Dejoie – Internet Manager of VCP, Mrs.Roselyne de Casteja , VCP Relation Manager, Mr.Edouard de Nazelle, VCP Ambassador and Mr.Patrick Demouy – Historian of Reims. Lunch was held at an old time classic bistro carrying the name of «Le Café du Palais, Reims» It was founded by the Famille Vogt in 1930 and has been passed down to generations currently run by Jean Francois Vogt (son) and Jean – Louis Vogt (father). Under an Art Deco stained –glass ceiling created by Jacques Simon this authentic bistro cuisine offers a selection of wines by the glass and a broad choice of Champagnes. I strongly recommended as the food and the atmosphere is absolutely glorious. (Le Café du Palais,14 place Myron Herrick – 51100 Reims)

After lunch, we walked 100metres from Le Café du Palais and discovered some of the best – hidden secrets of Reims CATHEDRAL. Notre-Dame at Reims is one of the most famous and influential of all medieval cathedrals, it is best known as the coronation church of the 25 Kings of France. For those of you not strong in the history department some of the 25 coronations which took place include

Whilst in the Cathedral we were privileged to meet Mr.Patrick Demouy the ‘key master’ as I named him. Mr Demouy is the sole individual who holds all the keys for all the secret doors of the Cathedral. In his pocket lie the keys that open mystical rooms, dangerous roof paths and views from paradise locations. Doors were opened to us that have been shut for years and it was truly mythical, sentimental and overwhelming. At some point while in the Cathedral I looked up and saw a protruding balcony, which was very dominant. I enquired about it and in an instant our respected key master not only guided us to the path to it but also opened one more secret door which left us breathless. I will leave you with the pictures to draw up your own conclusions. In this case it is not a matter of an image is worth 1000 words, it is simply a matter of no words have been created to express something bigger then awe.
After we were brought back to ground reality (even though our minds were still full of inspirations and dreams) our final day was close to completion.

The last chapter of the VCP dream will be brought to your screens with the ending of 2008. A perfect majestic ending to the year. So for one last time I leave you with tbVCPc

And here is the view of the balcony I was writing about.