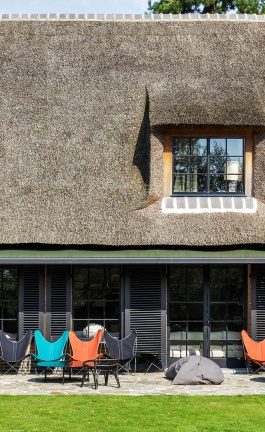 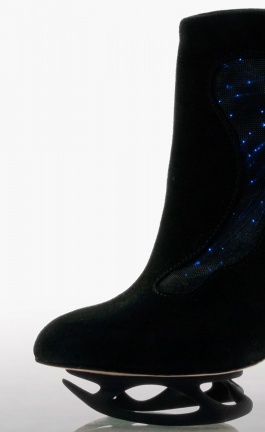 Josef Hoffmann and Adolf Loos were an integral part of a period during the late 19th and early 20th centuries when long-established viewpoints on the arts would be vehemently challenged. There was a drive to renounce traditional modes of thinking about art, design and architecture and to present a modern mindset. Aligned with this was a growing interest in an international art trend and the formation of outspoken artist groups that were often akin to political parties.

Ways to Modernism: Josef Hoffmann, Adolf Loos, and Their Impact is a new exhibition at the MAK Exhibition Hall, Vienna. Framed around the celebrated works of modernist luminaries Josef Hoffman and Adolf Loos, visitors are able to trace the evolution of Viennese modernism into a global brand. Central to this is the divergence in styles expressed by Hoffmann and Loos. The exhibition looks at thinking, theory and salient works whilst focusing on the historical context of Viennese modernism and its continued impact on contemporary design.

Hoffman and Loos initiated what would go on to become two entirely contrasting standards for modernity in art, architecture and design. Vienna circa 1900 was a period during which the city was known for its metropolitan outlook and progress in the development of democracy and industry, a factor which undoubtedly helped set the stage for ideas that would be initiated by both men.

Josef Hoffmann (1870–1956), an architect and designer, was a creative mastermind who believed in the power of the aesthetic. Hoffman played a central role in the formation of the Vienna Secession (an artistic movement headed by the painter Gustav Klimt) which was established in 1897 and represented the growing discontent felt at the time with the more traditional and somewhat elitist practices of the Vienna Künstlerhaus. Vienna, a leading cultural destination at that time, saw its middle classes - from artists to architects - strive to emancipate themselves from the aristocracy’s domination. Inspired by the ideals of the Secession, in 1903, Hoffman established a fine arts enterprise known as the Wiener Werkstaetten (Vienna Workshops). It had a clear aim: ''to make all facets of human life into one unified work of art.'' At the Wiener Werkstaetten, both architecture and interior design were unified artistic projects, with every element from structure to tableware considered part of one package. Environments were fully composed, finely crafted and aesthetic.

Adolf Loos (1870–1933), a pioneer of the modern movement in architecture, considered architecture as integral to people’s lives rather than remote or detached. Whereas Hoffman was of the opinion that architecture and design were artistic projects and strove to produce modern art, Loos viewed art as autonomous and far removed from the manufacturing of everyday buildings and household items. Loos also aimed to create modern culture, committing himself to ideas that were both evolutionary and liberating and believed the intention of architecture and design was to create an enduring and unobtrusive background, thereby leaving room for individual self-expression.

The exhibition Ways to Modernism: Josef Hoffmann, Adolf Loos, and Their Impact is set across five segments (chapters). It begins with a digest of the various accomplishments made by the precursors to the modernist movement, including those of Austrian architect Otto Wagner, the ''father of Viennese Modernism'' (whose design strategy and key works are also the focus of chapter two). It was the influence of individuals such as Wagner that formed the basis on which the Vienna Secession (with Josef Hoffman) and Adolf Loos (in opposition to that group) would go on and build their oeuvres.

Modern Lifestyles, the exhibition’s third and principal chapter, comprises the significant part of Viennese modernism from 1897 to 1910. This area of the exhibition sees the reconstructions of one bedroom interior by Hoffman and another by Loos. Both offer an illuminating insight into the contrasting approaches of the two men. In Hoffman’s Salzer apartment bedroom (Vienna, 1902), objects are arranged in a strict (even severe) system of square ornamentation. In contrast, the mainly haptic (tactile) aesthetic of the curtains and carpets in the bedroom of Loos’s own apartment help engender a relaxed atmosphere.

The exhibition’s fourth chapter, New Viennese Ways, elucidates the exciting potential of Josef Hoffmann’s aesthetic approach and Adolf Loos’s strategy of evolution and liberation. From 1910 onwards, a new wave of architects would go on to establish different paths to modernism, building on the work of Hoffmann and Loos. The fifth and final chapter,Resources, shows the continued influence of Hoffmann and Loos’s ideas after 1945, as evidenced in societal consumerism, Postmodernism and contemporary architecture.